If statues could talk, what stories would they tell?

Talking Statues was an innovative and novel project that used playwrights, actors and mobile technology to put words into the mouths of public statues in London and Manchester. By swiping their smartphone, users recieved a telephone call directly from the statue, bringing to life well known (and less well known) characters from history and fiction. Statues included Isaac Newton, Peter Pan, Sherlock Holmes and Hodge the Cat in London, Abraham Lincoln, Queen Victoria and Alan Turing in Manchester. Find out more about Talking Statues. 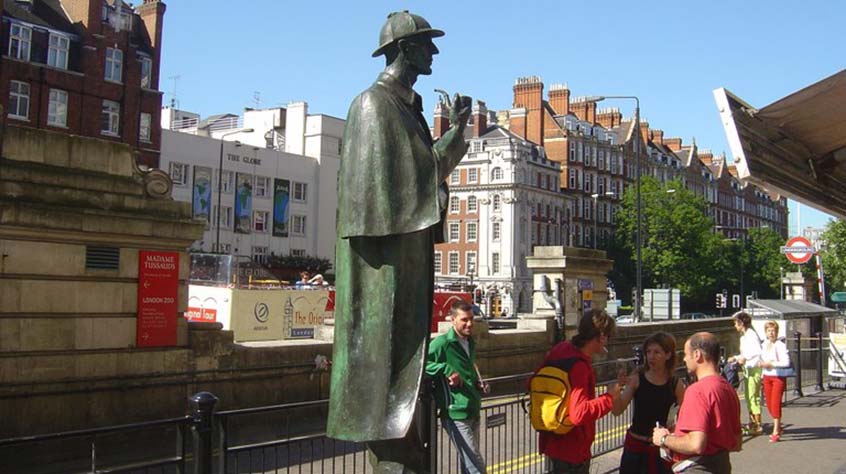 The statues were received enthusiastically by users. Whether they had sought out the statue or encountered it spontaneously in their day-to-day activity, people loved the novelty of the concept, the ‘wow factor’ of receiving a phone call directly from the statue.

Funded by the Digital R&D Fund for the Arts - Nesta, Arts & Humanities Research Council and public funding by the National Lottery through Arts Council England - the year-long project set out to explore how Near Field Communication (NFC) technology could be used imaginatively by the cultural sector to overcome barriers to culture and the arts by animating public spaces and forging new cultural links to engage new and non-traditional audiences, including younger and disabled audiences.

The aims of Talking Statues were to explore:

Talking Statues was the creation of Sing London and developed in partnership with Antenna International (technology) and RCMG (research). Sing London is a not-for-profit arts organisation which develops projects that aim to lift the public’s spirit by connecting them to each other and to the physical spaces around them. Projects can be city-wide or developed on a national basis, but the common aim is to make participation feel irresistible. Ultimately, Sing London’s projects offer ways to create a sense of community and of belonging; by taking part in something, you feel a part of it. Antenna International is the world leader in handheld audio and multimedia interpretation in the global cultural arena, Antenna have created mobile interpretations and museum guides for over 1,200 cultural sites.

"I was intrigued to hear new things about Newton from Newton – I liked it being him as a person. Talking Statues brings the statue to life, it makes it not just a block of carved stone." (Carol, aged 56-65, British)

Talking Statues: The User Experience (PDF, 1.87MB) outlines the findings from Talking Statues’ audience research, carried out between August and October 2014. The research explored the following question: How do people engage with and experience Talking Statues? To what extent does Talking Statues and its use of NFC enhance cultural encounters?