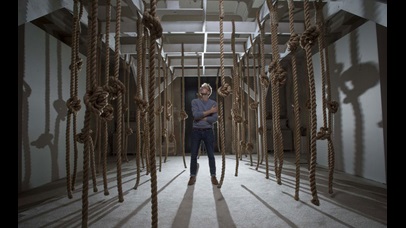 This research project – a collaboration between the National Trust and RCMG – enriched and informed the Trust’s 2017 programme that formed part of the nation’s commemoration to mark 50 years since the partial decriminalisation of homosexuality.

Working closely with a cohort of properties and key staff, the project team explored the following research questions:

RCMG worked particularly closely with two properties - Kingston Lacy and Felbrigg Hall - to research, design and realise creative responses to the LGBTQ histories and stories at each site.

Prejudice and Pride: LGBTQ Heritage and its contemporary implications

Prejudice and Pride: LGBTQ Heritage and its contemporary implications, a publication edited by Richard Sandell, Rachael Lennon and Matt Smith, emerges from the collaboration and ambitious and large scale research-led public programme - Prejudice and Pride. Looking forward as well as back, the contributors to the publication collectively aim to stimulate and enrich new thinking and practice in a field that – despite significant advances in recent years – has nevertheless proved to be challenging and sometimes highly controversial. Whilst some of these challenges are undoubtedly specific to the field of queer heritage, many also resonate with attempts to reveal other hidden or marginalised histories, efforts to use these histories to speak to contemporary social concerns, and initiatives that seek to engage audiences in a more critical approach to the way we understand the past.

EXILE was a research-led collaboration between RCMG and the National Trust at Kingston Lacy. As an installation, EXILE considered one of the most remarkable stories of Kingston Lacy – William John Bankes’ exile in 1841 – and marked fifty years since the partial decriminalisation of homosexuality in England and Wales.

The Unfinished Portrait at Felbrigg Hall

Prejudice and Pride revealed numerous connections between National Trust properties and LGBTQ heritage. Below are three videos of National Trust members – Alan & Jeremy; Elizabeth & Peter; and Kirsty & Clara – reflecting on the importance of this new approach to exploring our history.

The Prejudice, Pride, Place Conference, a joint event between RCMG and the National Trust, took place on 15-16 May 2018 at The Bond Warehouse in Birmingham and at the National Trust properties - Hanbury Hall, Worcestershire and Wightwick Manor, Wolverhampton. It explored how heritage organisations can meaningfully engage diverse audiences in debates surrounding LGBTQ history, culture and equality by researching and presenting past LGBTQ lives. The Conference also featured the first performance of girl.boy.child by historian and respected singer songwriter David McAlmont, commissioned by Richard Sandell.

Historian and respected singer songwriter David McAlmont has produced girl.boy.child, a series of performances drawing on LGBTQ histories, commissioned by Professor Richard Sandell along with the National Trust.

The following short video introduces a detailed report that shares the findings of Prejudice and Pride’s impact on visitors. Find out more in the report (PDF, 3550kb).