A Catalyst for Change

Funded by the Heritage Lottery Fund (HLF), A Catalyst for Change is a retrospective evaluation of the impact of the Open Museum in Glasgow, established as an innovative project to take museum collections out to those communities which the museum service had failed to reach. 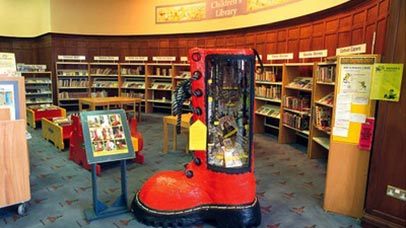 Starting as a pilot project in 1990, long before the term 'social inclusion' had entered the museum sector’s vocabulary, the Open Museum was working with some of the most excluded groups and communities in Glasgow; women's groups from the large social housing projects on the periphery of the city, users of mental health services, black community groups, refugees and asylum seekers to name just a few.  The Open Museum worked with these groups to create exhibitions which toured community venues.

This study traces the roots of the Open Museum, to establish the principles and ethos that shaped its development and the impact it had on those individuals with whom it engaged.  It considers the challenges facing the service and raises some questions that can be explored to inform future development. For the HLF, the research was an important development in their approach to evaluation, since it was the first piece of work in which they deliberately considered the gathering of qualitative evidence.