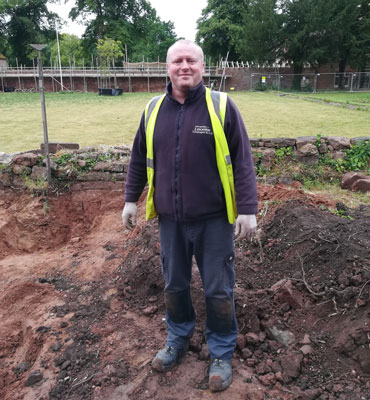 Andrew is a Senior Supervisor at ULAS. He has been involved in archaeology for over fifteen years across the UK for various commercial units and abroad with the University in the Levant and Cyprus. He rejoined ULAS in 2013 (having previously worked for them in 2006) and has extensive experience in urban archaeology having dug in several British cities and most recently on the Stibbe and Waterside projects in Leicester. Recent projects include excavation of Iron Age and Roman sites at Shawell quarry in advance of its expansion and Medieval archaeology at Coventry Charterhouse.

He also regularly assists on the Schools Ancient Akrotiri project in Cyprus both on dry land and as a trained scuba diver on its marine archaeology side.