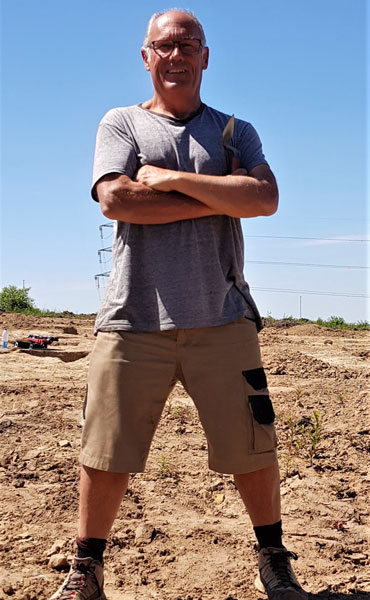 Roger is a Project Officer at ULAS with over 25 years archaeological experience, leading excavations on a wide range of urban and rural sites.

After gaining an HND in Practical Archaeology at the Dorset Institute, Roger worked on multi-period excavations in Hampshire, and in Lincolnshire. He has been at Leicester since 1991 initially for his BA degree, following which he gained a Landscape Studies MA. In 2000 he completed a PhD on urban development in England, Gaul, Ireland and Scandinavia c.AD 300-1050. He also supervised teams of undergraduates on archaeological fieldwork projects in Britain, France and Italy. He directed significant excavations on large Roman urban sites (St. Nicholas Place and Bath Lane, Leicester). Desk-based projects have included joint authorship of the project design for the Leicester Urban Archaeological Database, jointly funded by English Heritage and the City Council. He has published articles in local journals.