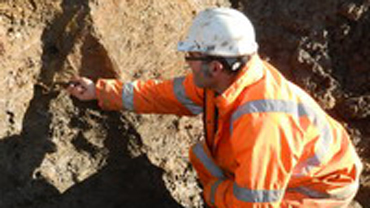 Wayne is a Project Officer at ULAS and joined them in 1995 after the closure of the Leicester County Council unit with which he also worked. He has been involved in archaeology for over 30 years and has worked in the UK and abroad for various archaeology units, carrying out watching briefs, evaluations, excavations, and post-excavation projects and reports. These include large-scale urban excavation work in Leicester, and various large rural sites in the region.

He directed the Sanvey Gate excavations of the Roman town and defences, the large Enderby excavations of a multi-phase prehistoric site, the nationally significant Asfordby Mesolithic site, and is also involved in the Lower Palaeolithic Brooksby site where he has recovered over 900 artefacts.

He has surveying, IT, and environmental archaeology skills having produced various archaeobotany reports. Wayne gained a first from Leicester in 1991 (BA Archaeological Studies), and a Landscape Studies MA in 1995. He also holds qualifications in Field Archaeology, Information Technology (DTP, Microsoft Office), a CSCS, Quarry Passport, and HSW First Aid Certificate. He has published articles in local and national journals.