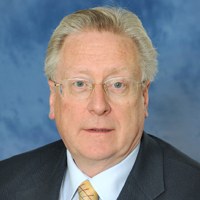 The University has learned, with great sadness, of the death of Professor Peter Jackson, one of the longest serving members of our academic staff.

Born and educated in Paisley, near Glasgow, Peter had initial dreams of working in chemistry, inspired by seeing George Porter on television. He studied for a BA in Business Economics and Organisation Theory at the University of Strathclyde in the 1960s. He later said: “I have never been a pure breed economist – more of a polymath social scientist. Strathclyde was a wonderful place to study as an undergraduate. I was able to explore a wide range of subjects: economics, sociology, industrial psychology, statistics and economic history.”

Peter worked at the Treasury for three years, working directly under Wynne Godley, the Government’s Deputy Chief Economic Adviser. He was assigned to a project examining the growth, management and control of UK public expenditure, which remained one of his central research interests throughout his subsequent career.

In 1972 he was appointed Lecturer in Economics at the University of Stirling, where he also gained his PhD. While at Stirling, under Professor Andrew Bain, Peter prepared new courses in monetary economics, public finance, general equilibrium micro theory, environmental economics and public policy. “It was a fantastic period in my life,” he recalled. “I still remain a strong advocate of the view that if you want to learn a subject then teach it.”

Although he was offered a post at Cambridge under Professor Gordon Cameron, Peter was persuaded by friends to apply to Leicester where there was an opening for Director of the newly created Public Sector Economics Research Centre (PSERC), part of the Department of Economics. He came to Leicester in 1978 and remained here for 44 years.

During his ten years as Director of PSERC, Peter raised more than two million pounds of funding from the ESRC, Leverhulme Trust, Nuffield and other sources. For six of those years he was also Head of Department. He also spent two years combining his work at Leicester with a role as British representative on the EU’s Biehl Commission, visiting Brussels for meetings every month. He was additionally commissioned to conduct research for the Department of the Environment and for the OECD.

After a decade at Leicester, Peter was considering a move to another university when he received an unexpected offer from Carolyn Hall, head of LUCENT, the University’s Centre for Enterprise. “The proposition which she presented me with was ridiculous to the point of being a joke. She knew that I had been having discussions with Maurice Shock, the Vice-Chancellor, about developing an MBA at Leicester and more generally building up management education and training. Unfortunately there were no resources to do this.” Carolyn had a contract to deliver a British MBA in Hong Kong and Singapore. “My reply was simple and to the point. We don’t have an MBA at Leicester, we don’t have any distance learning materials, we don’t have any infrastructure and we don’t have anyone who could teach it. Apart from that, we are well positioned to respond.”

Inspired by the idea of creating a distance learning MBA from scratch, Peter stayed at Leicester and established the Management Centre, serving as its first director. In 2001, the Centre became the Department of Management, with Peter remaining as Head of Department until 2003 (Management later merging with Economics to become the School of Business). Peter also served at various times as Dean of the Faculty of Social Sciences, Acting Head of the College of Social Sciences, and Pro Vice Chancellor. Despite this workload, he also found the time to supervise 77 PhD students over the years.

Outside of the University, Peter founded the SSRC/ESRC Public Sector Study Group, the Public Finance Foundation and the Social Studies Review. He was Chair of the Social Sciences Committee of the Council for National Academic Awards (CNAA) and a member of the Council of the Chartered Institute of Public Finance and Accountancy (CIPFA). He was also a member of the Academic Council of the Institute for Economic Affairs (IEA), sat on the board of the Avoidable Deaths Network, and served as a specialist adviser to the Finance Committee of the Scottish Parliament. 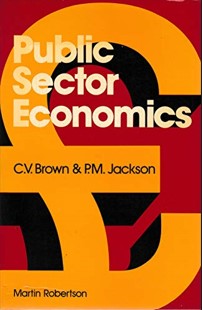 Peter’s books included: The Impact of Tax Changes on Income Distribution (1973), Public Sector Economics (1978, with CV Brown), The Consumer and the Public Sector (1978), The Planning and Control of Public Expenditure (1978), Current Issues in Fiscal Policy (1979, with ST Cooke), First Steps in Measuring Performance in the Public Sector, (1989, with DR Palmer), The Political Economy of Bureaucracy (1982) and The Macro-Economic Environment (1995, with NM Healey and S Ghatak). He also edited the Political Economy Series for Harvester Press and sat on the editorial board of the journal Management and Decision.

He was a valued friend, mentor and supporter of staff in the School of Business, in CSSAH and more widely across the institution, with many colleagues benefiting from his experience and wisdom. He summed up his approach to the academic study of management thus: “My hope is that Leicester graduates in management will not be narrow-minded technocrats but will instead have a keen appreciation of the important role that social sciences have to play in defining management problems and proposing options. We live in a complex, dynamic and uncertain world and our knowledge about it is extremely imperfect. We fool ourselves if we search for deterministic management solutions.”

“Peter Jackson was forward thinking in two ways. First, he had the foresight to establish the Management Centre when the University of Leicester had no business-related offering. This move would lay the foundations for one of the most successful schools within the University which brought together like-minded scholars from across the institution. Second, Peter was an innovator in relation to distance learning and led the way in distance learning pedagogy. This ultimately meant Leicester became second only to the Open University as a provider of distance learning education during the 1990s.

“These two contributions alone leave a legacy that any institution would be proud of. However, Peter was much more than this. Peter was the archetypal ‘people person’ who valued relationships and colleagues. He offered endless mentoring, support and guidance to all those who needed it. His advice was always fair, clear and sometimes firm, but the advice was welcomed by all who received it. As such, Peter leaves a legacy within the people at Leicester and countless Heads of Department, Heads of School, Deans, Pro Vice Chancellors and the many others whom he supported. He impacted the lives of students and colleagues alike and he will be very much missed.”

Professor Dan Ladley, Dean of the School of Business, writes:

“Professor Jackson made a huge contribution to the School of Business. As Head of Economics and the founder of the Management Centre he, more than anyone, sowed the seeds for the growth of the School. He has been an invaluable colleague who has provided mentoring and guidance for many people from new lecturers to Heads. He will be greatly missed by staff, his many students and those who have known him. His legacy and contribution will live on in the School.”