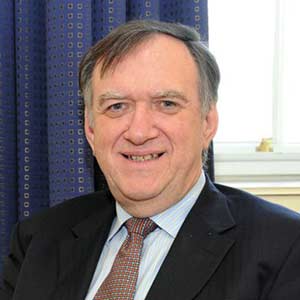 The University has learned, with deep sadness, of the passing of our former Vice-Chancellor, Professor Sir Robert Burgess. Professor Burgess, universally known to staff and students as ‘Bob’, was our longest-serving VC, appointed in 1999 and eventually retiring in 2014 after a decade and a half of service.

Bob Burgess presided over a significant increase in Leicester’s success, reflected not only in the national league tables but also in winning the accolade ‘University of the Year’ at the 2008 Times Higher Education Awards. Presenting the award, THE Editor Ann Mroz said: “Leicester's turnaround in the past decade has been extraordinary, and it is encouraging to note that the University has risen through the league tables without feeling the need to compromise on its widening-participation initiatives."

In addition, during ‘the Burgess years’ the University received the Queen’s Anniversary Prize for Higher and Further Education for the second (2002) and third (2013) time. When Bob retired in September 2014, the University’s profile was the highest it had ever been, amid unprecedented international acclaim around the discovery and identification of King Richard III.

A commitment to expand and improve both teaching facilities and accommodation led to some staff nicknaming the Vice-Chancellor ‘Bob the Builder’. During his time at Leicester he oversaw the building of the Henry Wellcome Building, the David Wilson Library, the initial redevelopment of the Percy Gee Building, the George Davies Centre, College Court, the purchase of The Coppice and the redevelopment of Villiers Hall to become John Foster Hall, the extensive refurbishment of Gilbert Murray Hall, among other projects. He also greatly improved the University’s sports facilities, including the construction of the Roger Bettles Sports Centre in Oadby and the purchase of the Nuffield Sports Centre next to campus, now the Danielle Brown Sports Centre. It was a popular boast among staff that, in just a few years, the University had gone from having no swimming pools to having two of them. 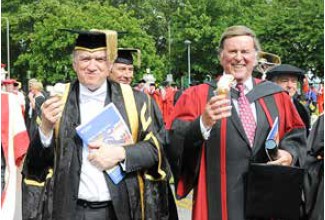 Bob had no airs or graces and did not stand on ceremony, happy to chat with any students or staff he encountered as he walked around campus (which he insisted be kept clean and litter-free). Each year, on the Monday of Summer Graduations Week, he would assemble the entire University staff body in De Montfort Hall for a presentation, after which he took questions from the audience. This relaxed, convivial attitude endeared him to University staff at all levels and generated an impressive degree of loyalty. He was also famous for resisting having a computer on his desk for as long as humanly possible – relying on his PA to receive and print emails, then type and send his handwritten replies! He eventually relented and accepted ownership of an iPad.

Born in Sturminster, Dorset on 23 April 1947, Robert George Burgess attended King Arthur’s School in Wincanton from 1958, after which he briefly taught at Bennett Memorial Diocesan School in Tunbridge Wells. He received his BA from the University of Durham in 1971 and his PhD from the University of Warwick in 1981. Between those dates, he married a fellow sociologist, Hilary Joyce, in 1974. Professor Hilary Burgess eventually joined her husband at Leicester in 2010, from a position at the Open University.

Following his PhD, Bob remained at Warwick as a sociology lecturer, being appointed Professor in 1987 and Senior Pro Vice-Chancellor in 1995. He also served as Director of that university’s Centre for Educational Development, Appraisal and Research (CEDAR). 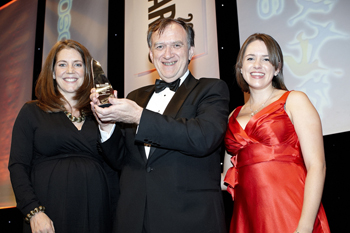 Bob was a long-time champion of the Higher Education Achievement Report (HEAR), serving as Chair of the UUK/Guild HE Implementation Group on the HEAR and Degree Classifications (as well as Chair of the HEAR Advisory Committee and of the Grade Point Average Advisory Committee). The Burgess Report, recommending the introduction of the HEAR as a universal record of each student’s achievements, was published by Universities UK in October 2007, and the first HEARs were awarded the following year. Bob’s dream was that the HEAR would eventually replace what he perceived as an antiquated and inconsistent system of degree classifications.

‘Bob’ became ‘Sir Bob’ when he was knighted by HM The Queen in 2010 for services to higher education locally and nationally. In 2015, after his retirement, the University of Leicester awarded him an Honorary Doctorate of Laws in recognition of his service to both this institution and the wider higher education sector. In respect of the latter, and as an exemplar of the respect in which he was held, Bob also received Honorary Degrees from the Universities of Staffordshire and Northampton, and from our neighbour, De Montfort University. He received a Lifetime Achievement Award at the Midlands Business Awards in February 2012.

Throughout his career, Bob Burgess took on senior roles in a range of organisations including President of the British Sociological Association, President of the Association for the Teaching of the Social Sciences, and Founding Chair of the UK Council for Graduate Education. He sat on the council of the Economic and Social Research Council and was Chair of the ESRC’s Postgraduate Training Board. He was also Chair of the East Midlands Universities Association, a member of the British Library Board, and Honorary Secretary of the Society for Research in Higher Education. 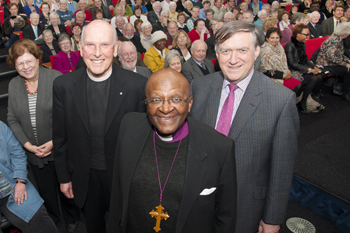 Even after his retirement, Bob continued working, including Chairing the RCUK Open Access Review which was delivered in March 2015. In 2012 he was appointed Chair of the Board of Trustees of the National Centre for Social Research (NatCen), a nine-year tenure from which he eventually stepped down in February 2021. He also served as a member of the Government’s School Teachers’ Review Body for two three-year terms, from 2015 to November 2021.

Bob Burgess’ numerous publications include: Experiencing Comprehensive Education (1983), In the Field: An Introduction to Field Research (1984), Education, Schools and Schooling (1985), Sociology, Education and Schools (1986), Schools at Work (1988 with Rosemary Deem), Implementing In-Service Education and Training (1993 with John Connor, Sheila Galloway, Marlene Morrison and Malcolm Newton), Research Methods (1993) and Reflections of the University of Leicester (2010 with Joanne Wood). He also edited twenty-four volumes on qualitative methods and education and wrote over one hundred articles and book chapters on both education and sociology.

A keen supporter of contemporary art, Bob organised an annual ‘Sculpture in the Garden’ exhibition, in which abstract sculptures were displayed among the beds, lawns and trees of the University’s Botanic Garden. The sculpture ‘Flight’ by Helaine Blumenfeld OBE (co-founder of ‘Sculpture in the Garden’), which was created for the exhibition’s tenth anniversary, was given its permanent home outside the David Wilson Library in 2015 to symbolise the legacy of Professor Burgess’ tenure.

The other physical legacy of our longest serving Vice-Chancellor is the Sir Bob Burgess Teaching and Learning Building on the new Freemen’s Common campus, which is almost complete and will be opened later this year.

Professor Nishan Canagarajah, President and Vice-Chancellor at the University of Leicester said:

“Bob Burgess was a leader about whom I had heard much before I arrived at Leicester – he was a hugely respected and impactful Vice-Chancellor who steered Leicester to its greatest heights. I made it a point to reach out to him shortly after I arrived and I benefitted greatly from conversing with him. He was a man of abundant energy and intellect who was passionate about Leicester to which he had devoted 15 years of his life. It became clear to me that he was driven by a passion for achieving excellence for the institution for which he cared so deeply.  In many respects, it is his legacy upon which we now build as we shape the future of this University.

“We are devastated to lose an individual who meant so much to us and for whom we care so deeply. As a University we have been enriched and empowered by his years in leadership, and for those of us who knew him –many will have been touched by his presence, be that through his support, his advice and guidance or as friend. It is apt that for one who was affectionately known as Bob the Builder that the building named after him is set to open on campus. Though we are sorry he will not be able to formally open the building, his name will be an abiding presence amongst future generations of this University.

“It is with a heavy heart we wish him goodbye and offer our deepest condolences to his wife and our former colleague, Hilary.  The Sir Robert And Hilary Burgess Research And Teaching Fund will continue to benefit future generations of scholars at Leicester.

“The University will be commemorating his loss and legacy in a fitting way in due course.”

Gary Dixon, Chair of Council at the University of Leicester, said:

"It is not surprising to see why this was the case – the University simply did not want to let him go.  His continuing presence at the helm of this institution gave us direction and stability, and he brought great distinction to Leicester through his inspiring leadership.

"He enriched and emboldened Leicester and in many ways we began to punch above our weight. I had tremendous respect for his ability and his strength of character, plus his sheer gritty determination.

"His loss is huge and more so because it comes in the very year we mark our centenary with the opening of the building that bears his name. His legacy is enduring and it will long be associated with the institution to which he was so dedicated.

"I offer my deepest condolences to Hilary and the family for their great loss."

“As Bob’s immediate successor at Leicester I had big boots to fill. He was Leicester’s longest serving Vice-Chancellor and I was hugely impressed by what he had achieved. The pride he had in Leicester was palpable and his has been an enduring legacy.  He was a great personal help to me as I learnt about the University, and I felt immense pride in sharing various platforms with him, including on the occasion of the reinterment of Richard III, and when he received his honorary degree from Leicester.

“Bob left a lasting impression upon all who met him and for me it was his commitment to excellence that shone through. However, while having the loftiest ambitions for Leicester, he also paid attention to the smallest detail – his was a comprehensive view. I was honoured to succeed him and continue his work- particularly building on Leicester’s space credentials. We have felt his loss keenly and I want to express my deepest condolences to Hilary and the wider family."

Bridget Towle, former Chair of Council at the University of Leicester, said:

"It is with a heavy heart and sense of tremendous loss that I pay tribute to the University leader for whom I had the greatest respect and admiration. I had the good fortune of serving on the University Council for almost the entire period of Bob’s tenure- I was appointed to the Council just a year after he came to Leicester and I took over as Chair in the year before he retired.

"He was a man of remarkable qualities. His determination and exacting standards meant that Leicester became the best that it could be and it was duly recognised with national awards and its highest ever ranking in league tables.

"Bob’s greatest quality was that he totally identified with the University - all his time and considerable ability were given to making Leicester succeed. It was through sheer hard work that we achieved what we did and the brilliance of his leadership shone through in the many achievements of which we are so proud today. Leicester acquired a new found confidence under Bob and that has helped us grow and accomplish even greater things.

"On a personal note, his wisdom and good company is something I shall long miss. I offer my heartfelt condolences to Hilary for her immense loss and we collectively share in the grief of losing an individual who gave so much of himself for the University he loved." 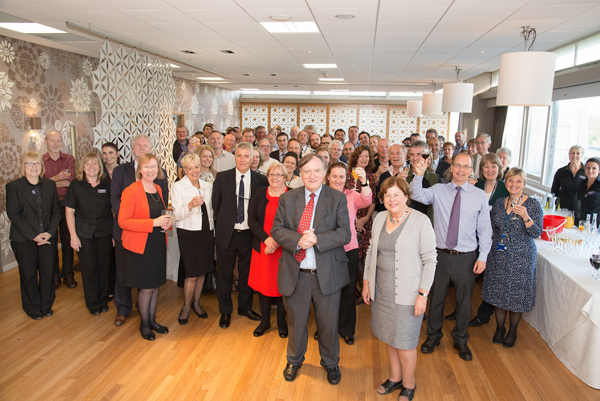 Staff, alumni and others who knew Sir Bob contributed the following messages of condolences: