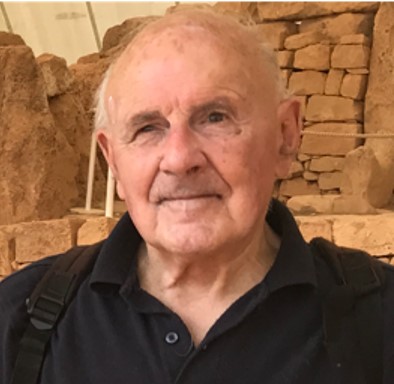 It is with great sadness that the family of Professor John Hugo Wolfgang Gideon Liebeschuetz announces his passing, after a brief illness, on 12 July 2022 at the age of 95.  We have lost a much-loved family member, friend to many, and a highly respected scholar of history.

Wolf was born to Rachel and Hans in 1927 in Hamburg, Germany. He had two younger siblings – Hugo and Elizabeth. Members of the Liberal Jewish community, his mother was a doctor, and the first female academic at Hamburg Medical school, and his father, also a historian, specialised in medieval history. Wolf attended the local primary school from 1934 for two years. The teacher was a Nazi and the children decorated their classroom with photos of Hitler. In spite of this, Wolf said that there was no discrimination against himself until one day, the teacher told him that he should go home, and not come back to the school again.

His education was only able to continue in a tiny makeshift Jewish school on the ground floor of his grandmother’s house, set up by Rachel. Whilst his fellow, ten or so, pupils would escape Nazi Germany, their teacher – Henriette Arndt – was murdered during the holocaust. Wolf’s father, Hans, was arrested on Kristallnacht and imprisoned in Sachsenhausen concentration camp. The day after his release in December 1938, Wolf, alongside his siblings, left Nazi Germany and emigrated to Britain – later followed by his parents and grandmothers. It was at Whitgift school in Croydon that Wolf would first begin learning Latin. Wolf was briefly evacuated to a family in Derbyshire, where he spent happy days cycling long distances visiting historic sites.

Having complete his secondary education, Wolf began his two years of military service in the British Army, spending most of his time in Egypt where he would be tasked with teaching other conscripts as an education sergeant. Although this was self-confessedly of little success, the opportunity to stand atop the Great Pyramid and visit sites such as the Valley of the Kings, was well received. He had previously intended to study medicine. Not surprisingly, after this experience, together with the realisation that he was more talented academically than practically, he turned to the study of history.

Wolf attended University College London to study Ancient History under AHM Jones. Jones would suggest Wolf’s PhD topic on the writings of Libanius of Antioch.  Whilst studying in the library at UCL Wolf heard a band playing outside for the Queen Mother and moved to a window to listen. Margaret, a fellow student at UCL studying English, did the same, and a lifelong partnership was formed. Wolf’s academic nature being ideally complemented by Margaret’s intelligence, practicality and contemporary mindedness. They share the date of their death – 12 July, three years apart.

After graduating he would complete his Postgraduate Certificate in Education and take up a teaching position in a boy’s grammar school in Barnsley. To the benefit of the academic community, he lasted less than a term in the position, and returned to UCL as a PhD student supervised by Arnaldo Momigliano, and further supported by Robert Browning and TBL Webster.

Wolf married Margaret in 1955 and Margaret would play a primary role in editing his thesis and indeed every subsequent publication. His thesis was published in December 1956 to his dismay on the same day that Paul Petit published his workof the same subject. With the realisation that there was no room for two books covering Libanius, Wolf would spend the next six years as a teacher, the majority of which teaching German and Latin at Heanor Grammar School in Derbyshire.

Following encouragement from Browning, Wolf applied to a number of university posts receiving a lectureship at the Classics Department at Leicester University in 1963 during which time he published papers on Thucydides and Livy, and finally publishing his revised thesis. Whilst at Leicester, Wolf also published his first two books Antioch, City and Imperial Administration in the Later Roman Empire and Continuity and Change in Roman Religion. TV fame was also modestly enjoyed as a question writer on specialist subject of classical mythology for the popular quiz Mastermind. In 1979, Wolf replaced retiring Edward Thomson as Head of Classics, Ancient History and Archaeology at Nottingham University. He worked hard to ensure the department survived the funding cuts of the 1980s by orchestrating the merging of the Nottingham department with those of Sheffield and Lancaster Universities. He also published Barbarians and Bishops and From Diocletian to the Arab Conquest at this time. He remained at Nottingham University until his own retirement in 1992. In the same year he was elected a fellow of the British Academy and a year later a Member of the Institute for Advanced Study at Princeton.

Wolf was kind and generous and would always share his time and expertise with his students, keeping in contact with many.  He and Margaret hosted Christmas parties for Wolf’s students at Clare Valley. Their generosity and free bar ensured attendance was always more than anticipated. 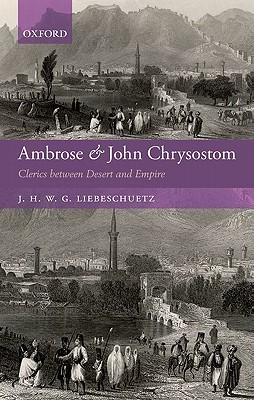 Wolf flourished in retirement publishing The Decline and Fall of the Roman City in 2001 and Decline and Change in Late Antiquity in 2006. The latter would lead to an invite to participate in the 'Transformation of the Roman World' project, run by the European Science Foundation. With Carol Hall he translated the political letters and speeches of Ambrose in Ambrose of Milan. He would go on to publish Ambrose and John Chrysostom: Clerics between the Desert and Empire in 2011 and his final book East and West in Late Antiquity: Invasion, Settlement, Ethnogenesis and Conflicts of Religion in 2015 at the age of 88.

Having published his last book, Wolf focused on writing and collating his family history and very much enjoyed working with other researchers in this area.  He had deep love and respect for Germany and the German people and culture, visiting as often as he could. He was invited as an Augenzeuger, to go into schools and speak about his life under the Nazis and his emigration to England. He felt it very important to talk about not just the holocaust, but the factors which led to it. He was also immensely proud of the publication of his mother’s memoirs of the Nazi period together with her medical research in Vertrieben aus Hamburg by Doris Fischer-Radizi in 2019.

Wolf took the long view of his own life. He lived through the effects of hyperinflation, a world war, emigration and a global pandemic and he shared this acquired wisdom. He will be remembered for his own academic achievements and also for supporting the achievements of others.

He is survived by four children; Rachel, Joe, Julia and Hilary and five grandchildren; Matthew, Cerys, Duncan, Joseph and Emma.