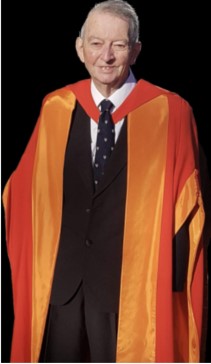 We have learned, with regret, of the death of Emeritus Professor of Engineering Paul Gostelow.

A memorial service will be held on Wednesday 12 October, at 11.00am, in Markfield Trinity Methodist Church, followed by a light lunch reception at Quorn Country Hotel. All are welcome. Family flowers only please; charitable donations to Dementia UK.

Born in Leicester in 1940, Jonathan Paul Gostelow grew up near Markfield, in the heart of the Midlands. As a child, he enjoyed the open spaces and the pleasant green hills of Bradgate Park and its surroundings. His Father, William Harry Gostelow, worked with Cascelloid, one of the UK’s first plastic moulding companies who were commissioned during the war to work on aircraft parts and Paul’s interest in engineering developed from his early exposure to bomb fusings. After the war Cascelloid went on to develop novelty plastic bottles and Paul was an early tester of the alternative uses for prototype Jif plastic lemons.

Paul, as he was known by family and friends, attended the King Edward VII Grammar school Coalville (1951-1959). Having a fine and inquisitive mind, he enjoyed both classical subjects, including Latin and Philosophy, as well as the scientific subjects. This led him to read for a degree in Mechanical Engineering (Fluid Mechanics) at Liverpool University, where he graduated in 1962. He furthered his studies at Liverpool University where he received his PhD in September 1965 for his work on the accurate prediction of cascade performance, followed by a DEng in May 1987, for his publications in turbomachinery aerodynamics and related fields.

He shared an interest in the propulsive motion of fish tails with the late Sir James Lighthill, for which he built a hinged model using a cast from a catch of the day. His ‘fishy’ work exposed the importance of heaving and flapping in achieving good propulsion efficiency, which was enabled by his fish tail model featuring two hinges in tandem.

In 1965 he joined the Flight Propulsion Division of General Electric Co. (GE), Evendale, Ohio as Senior Compressor Engineer, working on research, design and development for advanced turbofan engines, including the TF39 and the CF6. He was responsible for the GE transonic cascade work and for full-scale rig testing.

Moving to Cambridge University in 1968, as Assistant Director of Research in the Cambridge University Engineering Department, he helped Professor John H Horlock establish the Whittle Laboratory, in which he served as Deputy Director (1968-1975) and co-director of two NATO Advanced Studies Institutes. He undertook consultancy work for the Ministry of Defense, the Electricity Corporation of Nigeria, Lucas Aerospace, Spirax Sarco, Westinghouse Electric Co., and Nuovo Pignone. In 1975 he also obtained an MA in Modern History (War Studies) from King’s College, University of London.

In 1975, Paul joined the New South Wales Institute of Technology, Sydney, Australia, where he was Professor and Head of School of Mechanical Engineering, and then became Dean of the Faculty of Engineering and Director of the Centre of Multidisciplinary Studies. He established new courses in Computer System Engineering and Engineering Management. He Chaired the Continuing Education Committee and delivered courses in Solar Energy Systems and in Contract Engineering. Consultancy was provided to Rolls-Royce Ltd., Warman International Ply. Ltd., Aeronautical Research Laboratories, Queensland Electricity Generation Board, Hawker Siddeley, Kent Instruments Ltd., Diamond Air Conditioning, and the Everflow Pumps Pty. Ltd. Visiting positions were held at the Universities of Liverpool, Oxford and Southern California, and at the National Research Council of Canada.

During his 20-year tenure in Australia, he cultivated his academic interest in transitional boundary layers and a collaboration with Bill Solomon and Greg Walker led to the Solomon-Walker-Gostelow transition model for turbomachinery boundary layers under favourable and adverse pressure gradients. His Cascade Aerodynamics textbook, first published in 1984, has become a classic reference and has been widely translated, including in Russian. He published two further books on Solar Energy and Engineering and Society. In 1976, Paul received the ASME Gas Turbine Award for best paper. Paul helped establish the Minnowbrook I to VI workshop series on transition and unsteady aspects of turbomachinery flows (1993-2009), co-chairing Minnowbrook I and co-editing the series proceedings. Gas turbine engine advances in Rolls-Royce Ltd. received important contributions from Paul, in blading time marching computations, axial compressor stall alleviation, and boundary layer transition, through a sabbatical leave (1978-1979) and subsequent consultancy and academic collaboration.

In 1994, Paul returned to the UK, as Professor of Engineering in Thermofluids at the University of Leicester, where he established and led the Thermofluids research group up to his retirement in 2006. At Leicester, Paul made extensive use of the low free stream turbulence intensity, long test section Charles Wilson wind tunnel to study turbulent spot formation and propagation in natural transition and in an artificially perturbed boundary layer, supported by Alstom, now GE Power. Perceiving the advantages of combining experiment with numerical modelling, Paul set up the first workstation cluster for computational fluid dynamics research at Leicester and strengthened the group with numerical and experimental academics. This led to insightful contributions to understanding the Eckert-Weise energy separation effect in the wake shed by thick trailing edge blades, in collaboration with the National Research Council of Canada. As Professor Emeritus of the University of Leicester (2006-2022), Paul cultivated energetically his life-long interest in transitional and unsteady flows, authoring numerous conference and journal publications up to 2019.

Paul passed away peacefully in a retirement home in his home town of Leicester, on Friday 23 September 2022. Paul was the loving husband of Val, and is survived by his son Ian, daughter Shelagh, grandsons Saige, Kyran, and Talon, and later life traveling companion Judith.

Paul’s 50+ year dedication to advancing the state of the art in turbomachinery and related fields is evidenced by more than 100 research articles. This was achieved while being an exemplar of a true British gentleman, a head of group that leads by example, a mentor who had the foresight of allowing time for more junior staff to find their own way, putting the long-term vision and the traditional academic values first. His warm and kind persona remains in the memory of those who have met him.