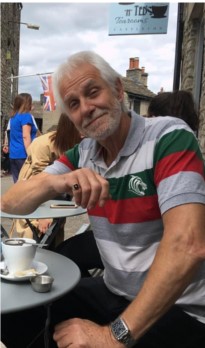 The University has learned with regret of the death of hospitality van driver Garry Buck. Garry’s job with LSP involved delivering to buildings right across the campus so he came into contact with many staff and was well-loved by all.

Born and raised in Leicester, Garry studied at Abington High School and Guthlaxton College. He worked at the University for 14 years.

Garry’s manager Jo Holland said: “Garry will be sorely missed and was a larger than life character within the LSP family. Many of the team would turn to him for advice and a comforting ear. Garry liked nothing more than a cup of tea and would shout to us all ‘Get the kettle on then’.”

Garry leaves wife Lesley, son Greg and daughter Keeley. A funeral, to which colleagues are invited, will be held on Wednesday 12 October at 11.00am, at St Mary's Church, Humberstone.