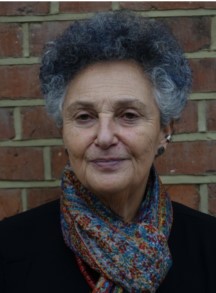 The University has learned, with sadness, of the death of Professor Annabelle Sreberny, former Director of the Centre for Mass Communication Research.

Annabelle Sreberny was born on 5 September 1949 to parents who had come to Britain as Jewish refugees. In 1976 she moved, with her Iranian husband Ali, to Tehran where she was a witness to the Iran revolution of 1978-79 which culminated in the expulsion of the Shah and the establishment of an Islamic republic. Annabelle was a keen amateur photographer and her unique visual record of these world-changing events can be found a www.myrevolutionaryyear.com.

Her interest in communications and social movements had an international focus, with a specific focus on the dynamics of global feminist politics, solidarity and participation. She explored transnational women’s networking and feminist politics as the emergence of global civil society dynamics. Her interest in the intersection of gender, politics and communication has also had a British focus, involving work on the representation of women politicians. Professor Sreberny's extensive work on Iran examined the role of the press as part of an emergent civil society in Iran, the particular role that women play as journalists and editors within the Iranian press environment, and the emergence of a dynamic Persian-language blogosphere.

Her books include Small Media, Big Revolution: Communication, Culture, and the Iranian Revolution (1994, with Ali Mohammadi), Questioning the Media: a Critical Introduction (1995, edited, with John Downing and Ali Mohammadi), International News in the 21st Century (2004, with Chris Patterson) and Blogistan: The Internet and Politics in Iran (2011, with Gohlam Khiabany).

Professor Sreberny passed away on 29 December 2022.

Annabelle joined the Centre at a challenging time having been invited to take over from its founding director Professor Jim Halloran, a pioneer in the field of media and communication research and by then regarded internationally as one of the leading authorities on the subject. Jim had retired just as the Centre (with help from colleagues in the Department of Sociology) launched its first undergraduate degree - the BSc in Communication and Society - a significant step in the Centre's development. Jim's was a very hard act to follow but Annabelle saw immediately that there were opportunities for the Centre to broaden its vision, break fresh ground and strengthen its reputation as world-leading in its research and teaching. Noting the rapid successes that others at Leicester had already enjoyed in distance learning Annabelle was the driving force behind the Centre's first distance learning Masters programme - the MA in Mass Communications. Her enthusiasm for the venture and her support for the academic and administrative team delivering it created a solid platform for its future success, with many hundreds of students in the years since gaining a Leicester MA from across the globe while studying in their own countries.

Keenly alert to the rapid changes in the media and communication field during her time as Director, Annabelle also astutely manoeuvred the Centre’s teaching and research profile to reflect and engage with the increasing globalisation of communication and international news flows. In another teaching innovation, she pushed forward the launch of a new MA degree in Media and Globalisation. This opened up the Centre’s teaching to include space for the growing interest in media activism and human rights. She also helped introduce new emphases in the Centre’s research, with cultural studies and feminist approaches complementing the Centre’s research on the sociology of news and on media and communication roles in relation to racial tension, social unrest, political communication and health communication.

Annabelle's contribution to media and communication teaching and research at Leicester was therefore considerable. Her vision, energy and appetite for innovation helped to build a firm foundation for the future that was broader, more inclusive and more ambitious than it had been when she first arrived. She is remembered with great respect and affection by staff and students who worked with her during her tenure as Director.