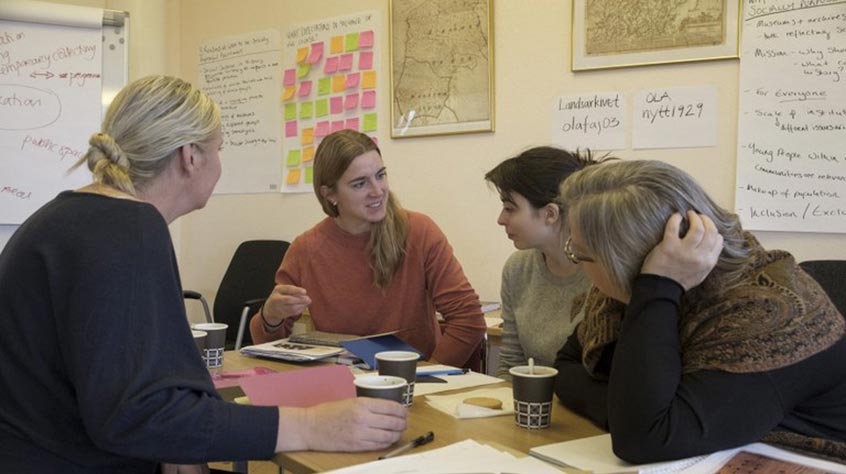 RCMG has powerfully shaped the way we understand the social roles, potentials and responsibilities of museums, galleries and heritage sites. Through a trajectory of interlinked, experimental and collaborative research projects — ‘thinking with’ international, national and regional cultural organisations — the Centre has generated new insights and concepts, methodologies and practices, that have enabled museums to re-focus their aims and ambitions in relation to social needs, concerns and challenges.

Research has revealed an in-depth understanding of what it means for museums to be socially purposeful, proactive and relevant organisations that have meaning and resonance for individuals and communities. This work has had a profound impact upon professional practice and policy in the UK and internationally enabling cultural organisations, large and small, to become dynamic, ethical and inclusive and to play a central role in the social, cultural and civic life of their communities.

E: The Cultural Value of Engaging with Museums and Galleries, February 2015

R: The Cultural Value of Engaging with Museums and Galleries, February – June 2014

P: The Impact, Success and Significance of Mapping the Change (Hackney Museums and RCMG 2013)

P: Growing the Social Role: Partnerships in the Community (BGCI, 2011)

P: Towards a New Social Purpose: Redefining the role of botanic gardens (2010)

R: A Catalyst for Change: The Social Impact of the Open Museum, October 2000-August 2002

R: Not for the likes of you: A Resource for Practitioners, September 2001