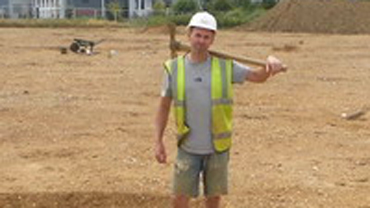 Donald is a Senior Supervisor at ULAS. He has worked for ULAS since 2013 on numerous urban and rural projects across the East Midlands.

Recent projects have included the excavation of Bronze Age settlement at Lubbesthorpe, Iron Age settlement at Pineham and Blaby, and Roman urban settlement at Friars Mill in Leicester. He is also involved in projects at Akrotiri in Cyprus, Caerwent Roman Town and the Footsteps of Caesar project.