Mehmooda's membership of Council is currently in suspense from 2022-23 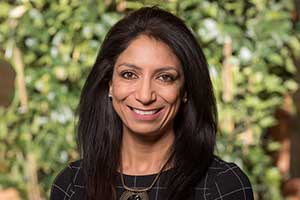 Mehmooda graduated from Cambridge in 1989; She is the founder and CEO of Moosa – Duke Solicitors specialising in medical negligence claims. Having trained in London and worked for 3 national law firms, the MDU and an East Midlands Hospital Trust, she spent the first 10 years defending health professionals. For the last 17 years she has acted for victims of the NHS and GPs. She specialises in complex spinal injury claims attracting multi million pound awards and leads a team of 18 legal professionals.