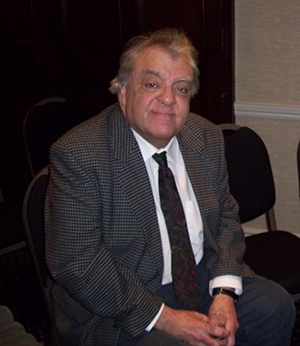 It is with deep sadness that I share the news that Vincent Newey, our colleague, friend and former Head of Department, has passed away. Born and raised in the West Midlands town of Dudley, at the heart of what is still known as the Black Country, Vince attended Dudley Grammar School before going up to New College, Oxford, to study English in 1962. Graduating with a First Class Honours degree in English Language and Literature in 1965, he accepted a Junior Lectureship at Magdalen College, Oxford, and won a postgraduate scholarship at New College, before taking the post of Lecturer in English Literature at the University of Liverpool in 1967. Vince remained at Liverpool for 22 years, being promoted to Senior Lecturer in 1982, and serving as Head of Department from 1985 to 1989. It was at Liverpool that he completed his BLitt ‘A Critical Examination of the Poetry of William Cowper’ (Oxon, 1971) and, later, his PhD, ‘A Critical Examination of the Literature of Selfhood and Subjective Experience’ (1985), based on the work he had by then published. An effective administrator as well as highly respected teacher and scholar, in 1989 Vince was appointed Professor of English at the University of Leicester, leading the Department as Head from 1991 to 2000.

At Leicester Vince garnered the respect of colleagues across the University. During his time as Head of English Vince oversaw a sizeable expansion of the Department and took a leading role in two successful Research Assessment Exercises (1992 and 1996). A keen advocate for the study of English, Vince threw himself into a range of professional activities: he was instrumental in the formation of the British Association for Romantic Studies and worked tirelessly as a Fellow of the English Association. Despite his considerable administrative duties Vince continued to teach undergraduates and postgraduates, many of whom would be inspired to pursue careers of their own as teachers of English in UK and international universities. Former students remember Vince as "warm and approachable", "an absolute gent", "good at opening minds", "a generous supervisor and mentor", and "a lovely, warm and inclusive tutor". The word ‘kind’ comes up frequently in the recollections of colleagues as well as students.

Vince was an outstanding literary critic whose specialisms encompassed the poetry of the pre-Romantic and Romantic periods (Cowper, Gray, and Goldsmith, as well as Wordsworth, Keats, Shelley, and Byron) alongside the novels of several nineteenth-century writers (Eliot, Dickens, Hardy, and ‘Mark Rutherford’). Together with two monographs – Cowper’s Poetry: A Critical Study and Reassessment (Liverpool University Press, 1982), and The Scriptures of Charles Dickens: Novels of Ideology, Novels of the Self (Ashgate, 2004) – he also published Centring the Self: Subjectivity, Society and Reading from Thomas Gray to Thomas Hardy (Scolar Press, 1995). He edited numerous collections of essays, including the ground-breaking volume The Pilgrim’s Progress: Critical and Historical Views (Liverpool University Press, 1980), Bunyan being another writer on whom Vince contributed some exceptional work. 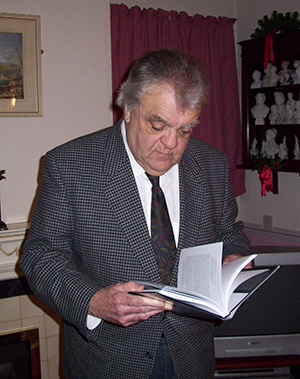 Although he took early retirement in 2006, due to ill health, Vince continued to work alongside Joanne Shattock as a General Editor of the prestigious Ashgate/Routledge ‘The Nineteenth Century’ series (1994 to present), and as editor-in-chief for The Cowper and Newton Journal. He also continued to write, publishing some remarkable articles and essays over the last few years (on Cowper and Bunyan, among other subjects).

Every piece Vince published presents a master-class in the art of literary criticism, and displays the hallmarks of his enviable style: one that combines acute insight and sensitivity to language and form with an ambitious intellectual vision, all shaped by a delicate yet robust prose crafted to convey something profoundly engaging and formidably perceptive. Bringing all of his gifts as a critic to his lectures and his teaching, he both inspired and supported his students, encouraging them always to take "the calculated intellectual risk": in that way, we "further the subject", as he put it.

A collection of essays, Literature and Authenticity, 1780–1900, was published in Vince’s honour in 2011, with contributions from many of his former colleagues in English at Liverpool and Leicester. The ‘Afterword’ of this volume pays full tribute to Vince’s career, and to his strengths as a reader, teacher, critic, colleague, and friend.

Vince passed away on Saturday 16 May 2020, aged 76. He is survived by his wife Sue, and their two sons, Matthew and Nathan. He will be missed.

Written with the kind assistance of Dr Michael Davies, University of Liverpool.