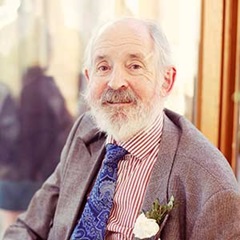 The University regrets to report the death of Dr Toby Law, who was for more than 30 years a member of academic staff.

Toby was appointed to a University Lectureship in 1971 in the then new Department of Physiology (formed in 1968) and in 1987 was promoted to Senior Lecturer. He had previously been an undergraduate and doctoral student at the University of Bristol (BSc, 1962; PhD, 1965) and for five years a University Demonstrator and Junior Research Fellow (Clare College) at the University of Cambridge.

At Leicester Toby taught generations of medical students and biological scientists the physiology of the kidney and was recognised as an eloquent and gifted teacher. He was an old fashioned talk-and-chalk teacher whose enthusiasm for his subject would often leave him, to the amusement of his students, covered in chalk dust at the end of a teaching session. Toby was also an active researcher, whose primary interest was in cell volume regulation in both the kidney and also the brain. He published over 50 original research papers, many in the Journal of Physiology; he was also an active and enthusiastic participant at meetings of the Physiological Society.

Due to ill health, Toby retired from the University in 2006.

Dr RO Law passed away peacefully on 15 December 2020. He is survived by three children (Simon, Jae and Caroline) and five grandchildren to whom we offer our sincerest condolences. Anyone wishing to mark the passing of Toby is asked, in lieu of flowers, to make a donation to the British Heart Foundation.