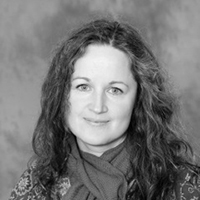 Corinne Fowler was the founding director of the Centre for New Writing. She is Professor of Postcolonial Literature in the School of Arts. She is director of the Colonial Countryside Project and was co-author of the nationally influential National Trust report on the history of colonialism and slavery in its many properties. She has been director of an Arts Council project called Grassroutes: Contemporary Leicestershire Writing. She was co-investigator on an AHRC-funded project called Affective Digital Histories, which commissioned creative writing about de-industrialised spaces in Leicester's cultural quarter. 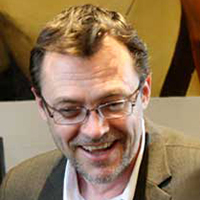 Harry Whitehead is Director of the Centre for New Writing and Chair of the Literary Leicester Festival. His first novel, The Cannibal Spirit (Penguin Canada, 2011), is a fictionalisation of the true story of George Hunt, a native Canadian man who was tried for cannibalism in 1900 in Vancouver. His next novel, Polar, is the story of an oil rig that blows up in the High Arctic just as winter approaches. His research interests concern creative writing pedagogy in all forms and the impact on creative diversity of creative writing's global spread and popularity. 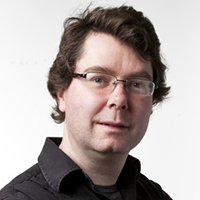 Jonathan Taylor is the Deputy Co-Director of the Centre for New Writing. His books include the novels Entertaining Strangers (Salt, 2012) and Melissa (Salt, 2015), the memoir Take Me Home: Parkinson's, My Father, Myself (Granta Books, 2007), and the poetry collection Musicolepsy (Shoestring, 2013). Find out more by visiting Jonathan's website. 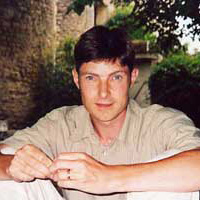 Nick Everett is a Deputy Director of the Centre for New Writing. He is interested in the history and development of poetry, and particularly the forms and genres of poetry since the mid-nineteenth century. He specialises in American poetry and has written about a number of American poets including Walt Whitman, John Berryman, John Ashbery, Allen Ginsberg, AR Ammons, Robinson Jeffers, Edna St Vincent Millay and Dave Smith.

Dr Aissaoui’s research interests focus on immigration and racism in colonial and postcolonial France. He is particularly interested in the study of discourses on identity and exile, in the diasporic construction of nationalism and more specifically in expressions of ethnic, national and cultural belonging amongst Maghrebi migrants in France. He has researched and published on two particular political movements, the Etoile-Nord Africaine/Parti du Peuple Algérien in the interwar period and the MTA in 1970s France. 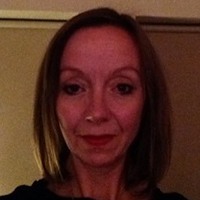 Clare Anderson is Professor of History in the School of History, Politics and International Relations at the University of Leicester. Her research takes a subaltern studies approach to the history of penal transportation, confinement and forced labour. Previously focused on South Asia, the Bay of Bengal and the Indian Ocean world, Clare is now working on a global history of convicts and penal colonies, including in the Atlantic, Mediterranean and Pacific oceans. 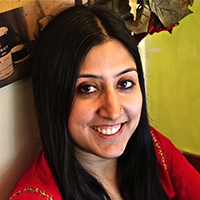 Kavita Bhanot’s fiction, non-fiction and reviews have been published and broadcast widely (including by Media Diversified, The Independent and BBC Radio 4). She is editor of the anthology Too Asian, Not Asian Enough (Tindal Street Press, 2011), the forthcoming Book of Birmingham (Comma Press, 2018) and co-editor of the first Bare Lit anthology (Brain Mill Press, 2017). She has a PhD from Manchester University and is a reader and mentor with The Literary Consultancy. 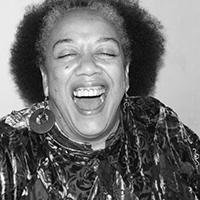 Among the most influential poets of recent years, Jean 'Binta' Breeze MBE was a pioneering dub poet of considerable renown. Based in Leicester, she was born in Jamaica in 1957 and studied at the Jamaican School of Drama with Michael Smith and Oku Onuora. She began to write poetry in the 1970s, performing and recording first in Kingston then in London. Jean performed her work worldwide, touring in the Caribbean, North America, Europe, South East Asia and Africa during her lifetime. 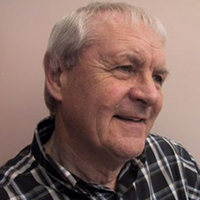 Sean Body was born in Templeglantine, Co. Limerick, and has lived all his adult life in the Greater Manchester area. He joined Manchester Poets in 1988, establishing Tarantula as a Manchester Poets imprint. He is a founder member of Manchester Irish Writers, which produced several volumes of short stories and poetry. In 1998 he reconstituted Tarantula Publications as an independent publisher and launched the thrice yearly magazine Brando’s Hat. His poetry has won prizes in several competitions, including Ver Poets, Peterloo and Bridport. 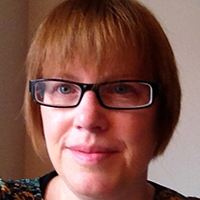 Joanne Dixon is a poet, critic and academic living in Nottingham. Her poems have appeared in a range of publications, including New Walk, The Interpreter's House, Furies (For Books’ Sake), In Transit (The Emma Press, 2018) and South Bank Poetry. Her debut poetry pamphlet, A Woman in the Queue, was published by Melos Press in 2016. She has read her work across the East Midlands and recently delivered a series of creative-critical writing workshops in Poland, Ireland and Estonia, where her poems were presented alongside their Estonian translations. Her article on Alice Oswald can be found online at C21: Journal of 21st Century Writings. 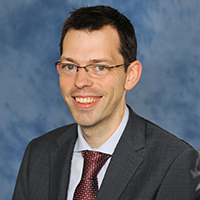 Dr Simon Dixon has researched and published on a wide range of subjects, including 17th century Quakerism, Dissenting Academies, and the life and work of Sue Townsend. He runs regular Inspiration from the Archives workshops with Library colleague Selina Lock, and was a member of the Affective Digital Histories project team. 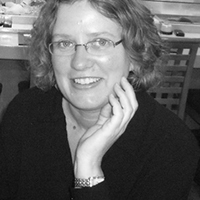 Sue is a published poet with a particular interest in the processes of writing poetry and how these are taught in schools. Before joining the School of Education, Sue taught English in secondary schools for 16 years - for 8 of these she was a Head of English. She also worked as a course tutor at the University of Nottingham and for the Open University. Sue has run courses on many aspects of English, especially poetry teaching and A-level English, as well as other elements of continuing professional development including group work, gender in education and Newly Qualified Teacher (NQT) induction. Sue is a member of the education working group of the national Poetry Archive, a consultant for the Poetry Society and a member of its Poetry Class team. 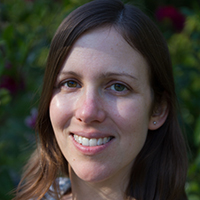 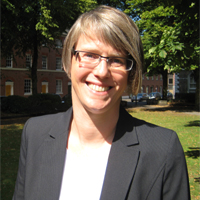 Sarah Graham's research area is American writing from the Modernist period to the contemporary, with particular interests in gender, sexuality, trauma and youth culture. Her major publications to date have focused on the work of HD (Hilda Doolittle) and JD Salinger, and her current and future research engages with 20th and 21st century American fiction (novels and short stories), particularly in relation to adolescence, family and nostalgia. She also has a special interest in representations of the AIDS epidemic. 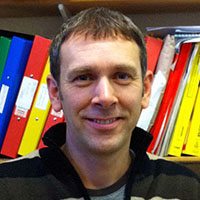 Colin Hyde manages the East Midlands Oral History Archive (EMOHA) and has been recording oral histories in Leicestershire and Rutland for more than 25 years. The main aim of the Archive is to record and interpret people’s stories and memories of their lives. Recent work has focussed on the urban environment and includes creating historical sound maps for the Affective Digital Histories project. New work will concentrate on recording memories of the immediate post-war years in Leicester. 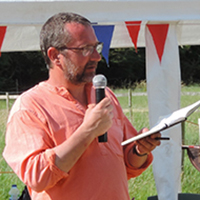 Dr Richard Jones is a landscape historian based in the Centre for Regional and Local History at Leicester. He is particularly interested in Old English place-names, the shortest but arguably one of the most revealing storytelling forms that has been passed down to us from the early medieval period. 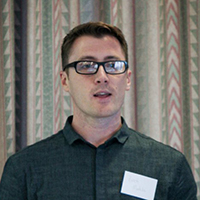 Brett's research concerns environmental governance, placing particular emphasis on its relation to social equity, justice, and power. His work questions the (now dominant) assumption that capitalist economics can provide the solution to the socio-environmental problems it creates. He has an interest in nature writing as a expression of environmental values beyond those captured in concepts like “ecosystem services” and “natural capital”. 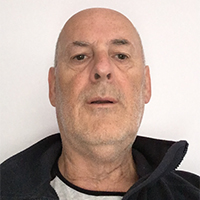 After 25 years working at the BBC, Liam is now a PhD Student at the University of Leicester. His key areas of research are immigration and the far right in Leicester in the 1970s; American 'race riots' in Leicester in 1944 between black and white GIs; and the birth of Asian programmes on BBC local radio. 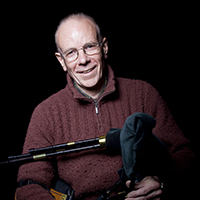 Andrew Mitchell is a poet whose long narrative poem sequences on figures such as Darwin and the Younger Romantics explore historical, social, philosophical and spiritual questions. He has worked with musicians, singers and dancers to create live performances of his work across the UK and Europe.

Browse some of Andrew's videos and recordings.

Dr Julian North specialises in Romantic and Victorian literature, with particular research interests in biography and the afterlives of literary figures. She also works on portraiture and the visual representation of writers. She has published on the work of Thomas De Quincey, Carlyle, Jane Austen and Mary Shelley, and Charlotte Bronte, amongst others. She is the author of The Domestication of Genius: Biography and the Romantic Poet (Oxford University Press, 2009) and one of the editors of The Works of Thomas De Quincey (Pickering and Chatto, 2000-2003), gen. ed. Grevel Lindop. She is currently working on Dickens’s image in the context of Victorian portrait culture.

Dr Gary O'Donovan is the author of more than 20 articles in the fields of medicine, public health and sport science (ORCID ID: 0000-0001-6748-6218). His research is mainly about understanding and preventing physical inactivity, which is one of the leading causes of today's major non-communicable diseases. 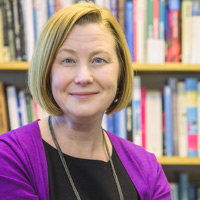 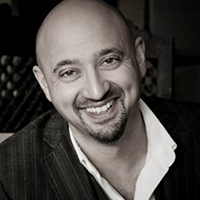 John Siddique is the author of Full Blood, Recital – An Almanac, Poems from a Northern Soul andThe Prize. His poems, essays and articles have been featured in many publications, including Granta, The Guardian, Poetry Review and The Rialto. The Spectator refers to him as "a stellar British poet". The Times of India calls him "rebellious by nature, pure at heart". 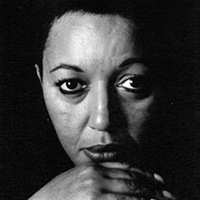 SuAndi writes mainly for performance and not for the page. Since 1985 she has expanded her portfolio of work into diverse locations, from galleries to public artwork. She is the freelance Cultural Director of Black Arts Alliance, a recipient of a NESTA Dreamtime award, and in 1999 she was awarded an OBE in the Queen’s Honours list for her contributions to the Black Arts Sector. 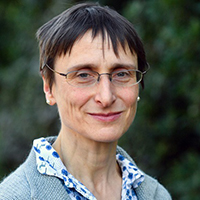 Roey Sweet is a historian of 18th century urban, social and cultural history. She has published works on urban culture and identity, antiquarianism and the reception of the past in the 18th century and on British travellers in Italy. She continues to work on travellers and travel writing and is writing a book on antiquarianism, archaeology and the invention of the historic town in Britain c.1700-1850. 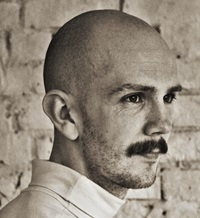 Joe Bedford is a novelist and short fiction writer from Doncaster, UK. He is currently researching how conservationist attitudes within British nature writing intersect with right-wing ideologies around the environment. Through his M4C-funded research at the University of Leicester, his most recent fiction uses themes of self-sufficiency, sovereignty and national identity to further examine and challenge these intersections. Links to his published works are available via joebedford.co.uk.

Kate Loveman works on seventeenth- and eighteenth-century literature and history, with a special interest in the diarist Samuel Pepys (1633-1703). Her new AHRC-funded project, Reimagining the Restoration, explores the reception of Pepys’s diary since its first publication, including its role in inspiring historical fictions and dramas about the Restoration. The project will fund online creative writing workshops on historical fiction. 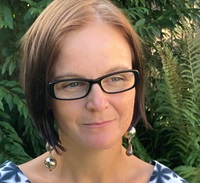 My research combines literary studies, particularly in the field of French post-Holocaust literature, with a broader focus on bande dessinée (comics), memory studies, migration and self-translation. I am currently the PI of Covid in Cartoons, an AHRC-funded project conducted in partnership with Dr Di Levine (LIAS), Cartooning for Peace, and Shout Out UK. I am also a research partner for the SSHRC-funded Narrative Art & Visual Storytelling in Holocaust and Human Rights Education project.

Helen is currently researching the therapeutic benefits of story sharing around menopause with a grant from the Wellcome Trust. She led The Silent Archive project at the East Midlands Oral History Archive, gathering spoken testimonies about menopause and partnering with Writing East Midlands to deliver a creative writing strand for the project. Helen came to Leicester following a career in the heritage sector. Her wider research interests lie in creative writing and wellbeing, place and memory. She holds a PhD in creative writing, is an adult learning tutor and a poetry therapy practitioner.