Information about the Centre's partner organisations can be found below.

Ambrose Musiyiwa has worked as a freelance journalist and a teacher. He facilitates Conversations with Writers, which presents interviews with writers, publishers and literary activists. Currently, he is working on another story.

Andrew Mitchell is a Scottish-born novelist and poet whose multimedia presentation of his poem A Byron Elergy was premiered at the Literary Leicester festival in 2013. 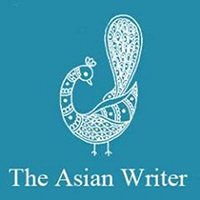 The Asian Writer aims to inspire the next generation of British Asian writers and raise the profile of talented emerging writers. Launched in August 2007 by Leicester-born writer Farhana Shaikh, The Asian Writer features the very best of British Asian Literature, South Asian literature and the artists that write under the genre. Their regularly-updated website lists forthcoming events, opportunities, prizes and information on creative writing courses as well as literary festivals, the latest news, resources and links that no writer should be without. 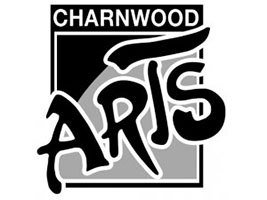 Charnwood Arts is an independent community arts and media organisation based in the Borough of Charnwood, Leicestershire. Their work encompasses most art forms including combined arts work, long-term community arts projects, performances, outdoor events and publications to websites, CD-ROM and video productions, school and community residencies, exhibitions and ongoing groups.

The Centre for Transcultural Writing and Research

The Centre for Transcultural Writing and Research (CTWR) links Lancaster University’s postgraduate student community to extensive research activity in creative writing and its impact on society. Their aim is to create a transnational and interdisciplinary environment. We are committed to promoting creative writing across cultures and to studying the work of writers from a wide range of social and cultural contexts. 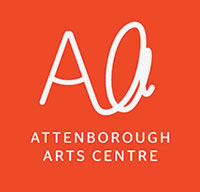 Attenborough Arts Centre is the University of Leicester’s multi-use inclusive arts centre, with a history of promotion and encouragement of engagement in the arts by people with disabilities. Open to all, its award-winning building houses a 120-seater performance area, three studios and an exhibition gallery. It has a diverse programme of performance and learning activity throughout the year, covering a wide range of art forms, primarily classical music, jazz, dance, comedy, theatre, live art, children’s theatre, crafts, the written word and visual arts. It is located ten minutes’ walk from the city centre on Lancaster Road, at the edge of the main University of Leicester campus.

Leicester Libraries sit at the heart of the city's communities and want everyone to enjoy what’s on offer. Find out how to join, book a free computer session, reserve a book, and more.

Mainstream Partnership re-launched March 2007 as an organisation helping artists from Black and Minority Ethnic communities in the East Midlands to increase their income and employment opportunities as professionals in the mainstream arts sector. They also assist the mainstream individuals and organisations to connect, engage and develop opportunities for Black and Minority Ethnic arts practitioners and organisations. Their successful Mainstream Conference in May 2004 re-stated the need for the organisation to play a key role with others, in promoting and celebrating cultural diversity in the arts within the East Midlands region.

WORD! is the longest running poetry and spoken word night in the Midlands. Based at Attenborough Arts Centre, it takes place on the last Thursday of every month, between 7.30pm and 9.30pm. The evening is composed of an open mic, followed by a booked act.

Writing East Midlands is the writer development agency for the East Midlands. They support and advocate writing in the region, create opportunities for writers and discover new writers of quality. They advocate for investment in the literature sector to create an environment in which writers and writing can flourish.