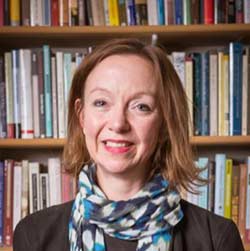 Clare Anderson, Professor of History, is editor of the Journal of Colonialism and Colonial History. She is currently directing a project exploring mental health and addiction in the jails of British Guiana, and the aftermaths of colonial penal practices in the present day.

Anderson C (2016) All the World's a Prison: When the European powers began exporting convicts to other continents, they did so to create a deterrent and to establish new settlements across the world. Clare Anderson traces the history of punitive passages. History Today, 66 (3)

I currently supervise PhD students working on women’s letter writing in British India; the India Museum at Kedleston Hall; opium use amongst Indian indentured migrants; William Wilberforce and the abolition of slavery; the Salvation Army's overseas migration schemes; migration from Guernsey; the history of The Howard League’s penal reform campaigns; and (with Sociology) the Palestinians of Syria since 2011.

I have previously supervised students working on the East India Company warehouses of London; lascars in the Indian Ocean; Indigenous-settler relations in colonial Canada; the making of history in post-colonial Bermuda; extraterritoriality in treaty port China; colonisation and penal confinement in Australian islands; Western Australian labour history; British officers in the Indian army; criminal justice in 1820s Britain; gender and the convict colony of Sakahlin Island; and British convict hulks in the nineteenth century.

I am happy to take on postgraduates working across many areas of colonial and global history, as well as the history of punishment, the history of labour and migration, and the aftermaths and contemporary resonances of European empires.

My teaching is on the history of Empire, migration and historiography.