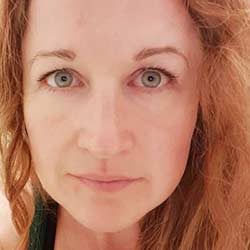 Professor Corinne Fowler is an expert in the legacies of colonialism to heritage, literature, and representations of British history. Corinne created ‘Colonial Countryside: National Trust Houses Reinterpreted’, a child-led history and writing project funded by Arts Council England and the Heritage Lottery Fund. The project involves school children visiting country houses and telling the colonial stories of the properties and the people involved in their histories to reflect the evidence and perspectives that are often overlooked.

Children, teachers and writers are drawing on historical evidence to transform our collective view of Britain’s colonial countryside and to highlight the forgotten black and Asian rural presence during the times of empire.

In 2019, Professor Fowler was seconded to the National Trust to help lay the foundations for new approaches to training, interpretation and programming about country houses’ colonial connections. As part of this secondment she co-authored the National Trust report on its properties' connections with colonialism.

I am currently writing a book called Green Unpleasant Land: Creative Responses to Britain's Historical Black Presence. I also have an interest in Afghanistan. My monograph, Chasing Tales: travel writing, journalism and the history of ideas about Afghanistan (2007), investigates the legacy of traumatic Anglo-Afghan encounter to contemporary travel narratives, ethnography and journalism.

I was director of an Arts Council-funded project called 'Grassroutes: Contemporary Leicestershire Writing' (2011-12), which promotes critical engagement with transcultural writing from Leicestershire.

Several publications have also arisen from my research on an AHRC-funded project called 'Moving Manchester', for which I conducted interviews with creative writers and created an online catalogue of creative writing. I recently curated an exhibition entitled 'Writing Manchester: literature in the city since 1960', which aimed to promote the work of independent and community publishers.

I would welcome postgraduate students with research interests in any of the following: