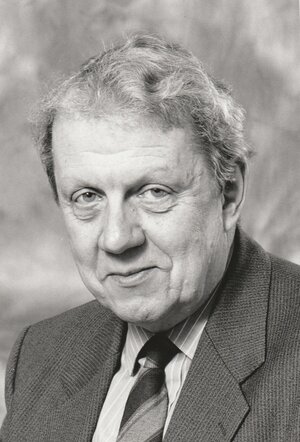 We have learned, with regret, of the death of Brian Burch OBE, who served as University Librarian  from 1982 to 1995 and also wrote the definitive history of the University.

Born in 1937 to a farming family in Kent, Brian was educated at Bromley County Grammar School for Boys, from where he won a scholarship to read History at Clare College, Cambridge. Before going up to Cambridge, he got his first taste of librarianship helping at the public library in Bromley.

After graduating, he married Dorothy Hurlock, then studied for a Postgraduate Diploma in Librarianship at UCL. This led to a job at the Guildhall Library in London and then, in 1966, to a post as Assistant Librarian in the School of Education Library here at Leicester.

Brian spent another two years researching the University’s early history and cataloguing the library’s manuscript collection, before stepping down from all University work to enjoy his retirement with his family. He enjoyed visiting formal gardens and building up his own personal library, including a fine collection of early and rare editions of Don Quixote.

Brian Burch passed away peacefully in his sleep at LOROS on 21 November, five months after Dorothy. He is survived by his sons Martin and Jonathan, who have asked that any donations in their father’s memory be made to LOROS. A private family service is planned.

“I first met Brian when I was a graduate trainee working in the main University Library in 1971-72. Brian was then an Assistant Librarian in the Cataloguing Department and was to be my mentor for the cataloguing of items in the Student Reference Collection. At that time he had responsibility for arts subjects and together with Bruce Reid had prepared a large report on improving the card catalogue records, which was accepted and implemented. Brian was very supportive to me at that time and always continued to be so. 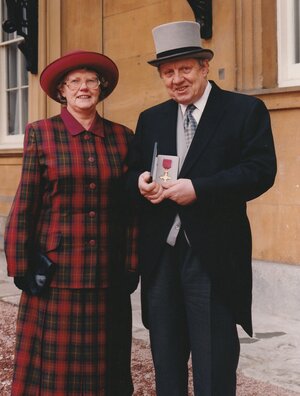 “As Sub-Librarian (Medicine), Brian prepared for the provision of library services to the Medical School which was due to take its first students in 1975. He spent much of this time touring medical schools far and wide and gaining a large number of contacts. He was very successful in negotiating a generous settlement from the local Health Authority for the provision of medical information services – one which was a great deal higher than the other two medical schools already in the Trent Region. This was evidence of Brian’s skill at negotiation, founded on an attitude of great knowledge of the subject and a willingness to reach a consensus.

“In 1975, just before the Medical School opened, I joined Brian as his Assistant and he patiently taught me how to cope with scientific literature searching, so that I could help the growing number of academic staff with selective dissemination of information searches. He was well respected by the then Dean of Medicine and the professorial appointees. We were based in a small office in the Main Library and I was delegated to catalogue and classify the stock being acquired for the Clinical Sciences Library. Having done his research, Brian had decided that we should use the National Library of Medicine classification scheme and use Medical Subject Headings.

“It is rare that anyone in librarianship has the opportunity to tackle something new and I was able to do so, with Brian’s unfailing support. The library service to the Medical School and the wider NHS community was successfully set up and given a firm basis through Brian’s hard work. Some of the senior NHS staff were not happy with the restrictions as they saw them on not being able to borrow items, but whenever there was a dispute with staff, Brian unfailingly supported his staff colleagues. 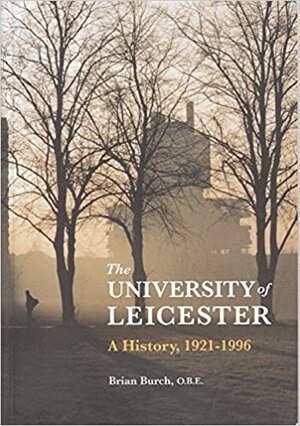 “Once Brian became Librarian in 1982, I was put in charge of a newly created department combining the stack services and the shelving team in a bid to relegate stock and gain space. This involved a lot of book moving and team working. Whilst trying to work out rotas, I was asked by Brian how long something would take and I answered that I didn’t know. He suggested that I should go and see for myself, with the wise words of ‘Never ask someone to do a job that you are not prepared to do yourself.’ Words that rang true then and remain a good rubric to follow.

“During Brian’s time working at the University Library, both as Deputy and University Librarian, many staff went on to become University Librarians in their own right and would no doubt recognise his support and mentoring: posts were filled at Aberystwyth, Swansea, University of East Anglia, Brotherton Library at Leeds, King’s College, London, Warwick and Sydney. Not only was Brian a respected boss but he was universally liked by all levels of staff.

“In the 1990s the University adopted a system of Budget Centres and the Library was to be included with the Computer Centre and Audio-Visual Services in the Academic Services Budget Centre, with Brian as its Head. This could have been a tricky triumvirate, but Brian skilfully negotiated his way and balanced the demands of the three services without showing any particular favouritism to the Library with its much larger staff complement and budget.

“In his last year in the University’s service, Brian wrote The University of Leicester: A History, 1921-1996, building upon Jack Simmons’ early history. In his preface Brian states ‘I have drawn too on my own memories of thirty years’ service to the University Library (including thirteen as University Librarian) during which I have been privileged to witness at first hand many of the achievements described in this history.’

“Brian played a key role in the achievements of the University both in his work within the Library and also to the wider community. He was both a good boss and a supportive friend and mentor to many.”