The Legacy of Leicester

From the seminal analysis of English history through place and people to the definitive medical tome on the causes and treatment of high blood pressure; from the first British degree in mass communications to the invention of genetic fingerprinting; from figurative sociology to super-massive black holes – and not forgetting a certain dead King - the University of Leicester has contributed to an extraordinary range of fields. 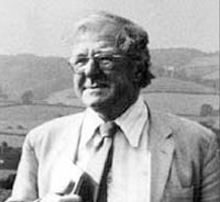 1950s – The Making of the English Landscape published

Throughout his time at what was then University College Leicester in the 1930s, WG Hoskins studied the villages around Leicester, both topographically – by walking and cycling the lanes – and historically, by ploughing through boxes of long-ignored parish documents. ‘History’ as an academic subject was seen as the grand story of kings and countries, wars and laws. The population of England at any time were viewed as horizontal strata: peasants, merchants, nobles, servants, priests.

Hoskins’ great insight was the realisation that populations could be categorised by location, a sequence of vertical divisions which grouped together whole communities – from peers of the realm to Piers Plowman - and linked them to the town, village or estate where they lived and worked. By considering how economic, agricultural and industrial developments contributed to (and derived from) the population of a place, the ‘Leicester Approach’ revolutionised both academic and public understanding of the history of England. In 1946 the country’s first Department of English Local History was created around Hoskins, whose continuing research led to his seminal 1955 work The Making of the English Landscape. 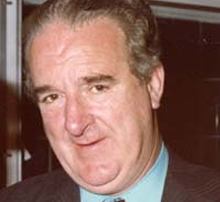 When James D Halloran joined Leicester University in 1958, ‘mass communication’ was not an academic subject. But the field was changing rapidly: the Coronation had prompted a massive surge in television ownership and the launch of ITV had given people a choice of viewing. Halloran developed a module on the Sociology of Communication which formed the basis of his seminal 1963 book Control or Consent: A Study of the Challenge of Mass Communications.

The Centre for Mass Communication Research at Leicester was established in 1966 under Halloran’s directorship, initially concentrating on delivering PhDs. In 1978 the Social Science Research Council (predecessor of the ESRC) invited Halloran to design and deliver the UK’s first Masters Degree in media and communications. Thus was born the University of Leicester’s MA in Mass Communications, a degree which is still popular and relevant 40 years on. 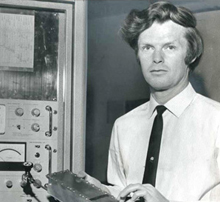 In 1975, a powerful X-ray source was detected by the Leicester-built Sky Survey Instrument (SSI) aboard the Ariel 5 spacecraft. Dubbed A0620-00, it was identified as a highly unusual binary star system, one component of which was a black hole – one of the first to be detected. Further research by Leicester X-ray astronomers, again using Ariel 5, suggested that the extremely bright regions at the centre of many galaxies might also harbour black holes, but many millions of times more massive than A0620-00. That idea was subsequently confirmed with Leicester-led research using the European EXOSAT spacecraft.

For years, all known or suspected black holes fell into these two groups: stellar or super-massive. Theoretically there should have been a third group between these two sizes. In 2010, as the University celebrated 50 years of space research, a group of Leicester astronomers confirmed X-ray source HLX-1 as an intermediate mass black hole, thereby continuing the University’s remarkable reputation for advancing the study of these enigmatic objects. 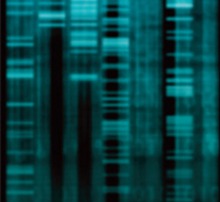 Alec Jeffreys joined the University of Leicester’s Department of Genetics in 1977, where he directed his research towards variability in human DNA. His ‘eureka moment’ seven years later was the realisation that human DNA could produce consistent, unique patterns and that these could be used to not only identify individuals but also indicate familial relationships. Jeffreys’ involvement with a local double murder case in 1986 made the public – and police forces – aware of the forensic capabilities of ‘DNA fingerprinting’, since when the technique has become an essential tool in law enforcement and detection.

Until his retirement in 2012, Professor Sir Alec Jeffreys continued to teach each new cohort of Genetics undergraduates as well as progressing his research. In 2010 the discovery of DNA fingerprinting was named ‘the second most important discovery in the history of UK scientific research’ in a poll of academics. 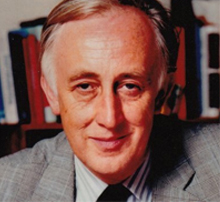 Born and raised in Leicester, John Swales was invited in 1974 to become the Foundation Professor and Chairman of Medicine at the University of Leicester’s brand new Medical School. Between that time and his retirement in 1996, he guided his fledgling department from humble beginnings to one that became internationally respected, particularly in his own specialist field of hypertension.

Of the numerous books which bore his name, the most significant was the Textbook of Hypertension which he edited in 1994. This massive volume collected together all existing data in the expanding – and contentious – field of hypertension study. The BMJ’s reviewer noted that the previous definitive work on the subject, published in 1968, included 1,760 literature references but that Swales’ magnum opus had more than 10,000. The Society of Authors named the Textbook of Hypertension ‘Medical Book of the Year’. 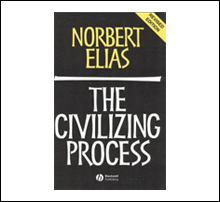 Norbert Elias is regarded today as the father of ‘figurational sociology’ and his groundbreaking book The Civilising Process remains as relevant as ever. He was described by Steven Pinker as “the greatest social thinker you’ve never heard of.” His two-volume magnum opus Über den Prozess der Zivilisation (The Civilising Process), covering European history from 800AD to 1900AD, was published in Switzerland in 1939 but remained largely unknown for thirty years.

In 1954, after years on the fringes of academia, Elias was finally offered a full-time post at the University of Leicester where he spent eight years building up a thriving Department of Sociology before retiring in 1962. The Civilising Process was finally published in English in 1969 (vol.1) and 1982 (vol.2) but it was only in 2000, ten years after Elias’ death, that a single definitive translation appeared, incorporating the updates and revisions from his time at Leicester. 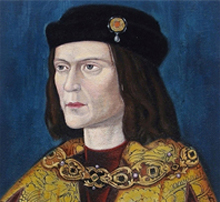 In August 2012, University of Leicester Archaeological Services (ULAS) began an excavation in a Council car park. Their goal was a lost medieval friary, reputed to be the final resting place of the last Plantagenet King, Richard III. They expected to find remains of walls and graves, perhaps a few bit of broken pottery. What they didn’t expect was a skeleton buried under the choir of the church with obvious battle wounds and a curved spine...

Amid unprecedented media interest, experts in Departments across the University – from Genetics to History to English – worked together to establish whether this amazing discovery was indeed the King. The results of this unique interdisciplinary project, examining this unprecedented archaeological find, were announced to the world in February 2013, generating a global fire-storm of laudatory media and press coverage. Of all our discoveries, Richard III has been the most high-profile, establishing the University of Leicester on the global stage as a research university par excellence.