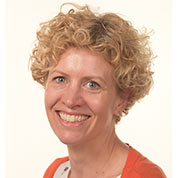 I studied BSc (Hons) Biological Sciences at University of Leicester between 1989 and 1992, graduating with a first-class honours degree.

I didn’t do a work placement as part of the course, however during my vacations I worked in a food laboratory that tested a range of foods for several important food-borne pathogens. In my final year I specialised in Microbiology and carried out a research project with Dr Tim Mitchell (recently retired). This was the switch that made me realise that I wanted to pursue a career in research.

I was very fortunate in that I was offered a PhD at Leicester in Tim’s lab with Professor Peter Andrew as co-supervisor. My PhD was to study the regulation of gene expression in Streptococcus pneumoniae. It wasn’t the most successful PhD results-wise, but it allowed me to develop into an independent scientist, learn a huge range of new skills as well as travel to share my research with others in the field.

After my PhD I got a job as a senior research scientist at the Veterinary Laboratories Agency (now APHA) in Weybridge, Surrey, where I spent nine years managing a team of scientists carrying out research into the major food-borne pathogen Campylobacter jejuni.  The research at the VLA, which was funded primarily by DEFRA and the Food Standards Agency (FSA), was focussed on trying to reduce or remove Campylobacter from the food chain.

Whilst at the VLA, as well as having the opportunity to travel to some great places including South Africa and the US, I led a work package as part of the EU funded (MedVetNet) CampyNet project to investigate virulence aspects of C. jejuni as well as organised a Poultry Research Seminar on behalf of the FSA which was held in London in February, 2005.  I also hosted CampyUK, a UK-wide research seminar for Campylobacter researchers.

Following nine years at the VLA I decided to make a career change as I wanted to get more experience of teaching in higher education and I was appointed as a Lecturer in Microbiology at Nottingham Trent University in 2005.  I have been teaching Microbiology at all levels from Foundation through to Master’s level and thoroughly enjoy working with the students and seeing them progress. There is still nothing more rewarding than seeing students cross the stage at Graduation ceremonies.

During my time at NTU I progressed as a Module leader, Course leader and Courses Manager whilst still retaining some research activity on Campylobacter with a number of excellent PhD students.  I also got married and had a baby during this time too.

In 2014 I was appointed Acting Head of Bioscience.  In this role I managed a team of 45 academics to deliver research as well as a range of courses to around 900 students (from level 4 to level 7) each year.

This temporary role came to an end in 2017 and I relocated my family to start a new role as Head of the Department of Biology, Chemistry and Forensic Science at the University of Wolverhampton. I have been in Wolverhampton ever since and am now Deputy Head of the School of Sciences.