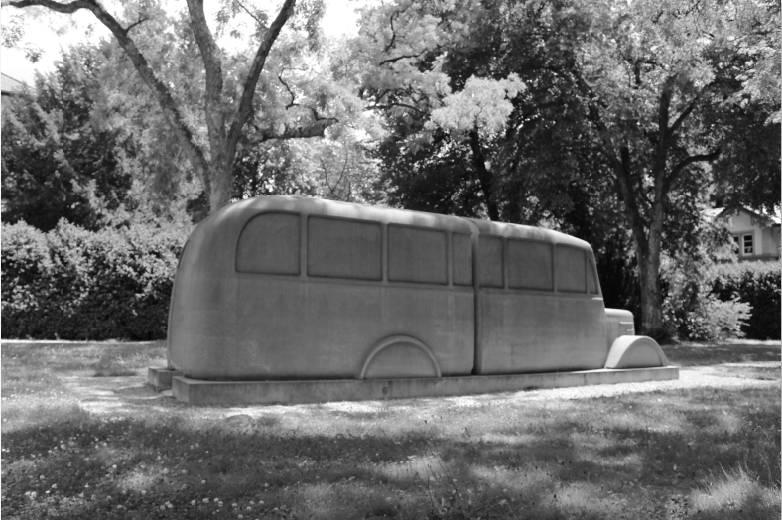 This photo depicts a memorial to the thousands of disabled individuals, who were deemed ‘unworthy to live’. They were murdered by the Nazi regime between 1940-1941 as part of the “Aktion T4” programme.

But the grey bus can also be seen as a visual metaphor of the processes of inclusion/integration and exclusion/segregation – a bus used to transport disabled citizens to their death, or a bus that expedites the transport of asylum seekers to a safe country. The bus is an agent in the process of inclusion/integration of non-citizens into German society.

In this way, the bus represents my research into how inclusion/exclusion and integration/segregation are constructed and perpetuated within discourses surrounding disability and migration in Germany.