The Blue Boar Inn was constructed in the mid-15th century and was a large timber-framed coaching inn, providing food, drink and accommodation for wealthy travellers including royalty. There are few historical references to the inn and even its name in the 15th century is uncertain. Some believe that it was originally called the White Boar (Richard III’s emblem), the sign being hastily changed to a Blue Boar after the Battle of Bosworth (the insignia of Henry VIII’s general, John de Vere, Earl of Oxford).

Load the video related to: The Blue Boar Inn

In 1836 the inn was demolished and, until a chance discovery in 2012, our only knowledge of the Blue Boar came from a handful of 18th and 19th century engravings. An image of the building was published in William Hutton’s 1788 book The Battle of Bosworth Field and the artist John Flower produced several engravings of the exterior from different angles in his book Views of Ancient Buildings in the Town and County of Leicester, published in 1826. 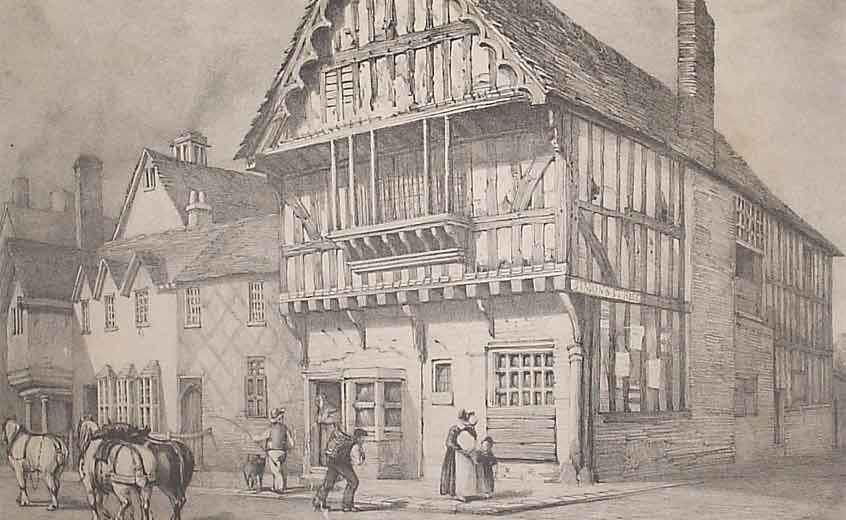 A 19th-century lithograph of the Blue Boar Inn in Highcross Street, by Leicester artist John Flower.

Flower’s drawings were made shortly before the building was demolished. Flower was a friend and associate of Henry Goddard, one of a family of prominent Leicester architects. Goddard presented a paper to the British Archaeological Association Congress in Leicester on 7 August 1862 in which he mentioned: ‘…fortunately, before [the Blue Boar’s] destruction, a drawing was made of the front, by the late Mr. Flower, artist … I also visited the spot before the demolition was effected, and took the dimensions of every portion of the building, for the purpose of making a correct drawing, representing it as complete as when first erected.’ 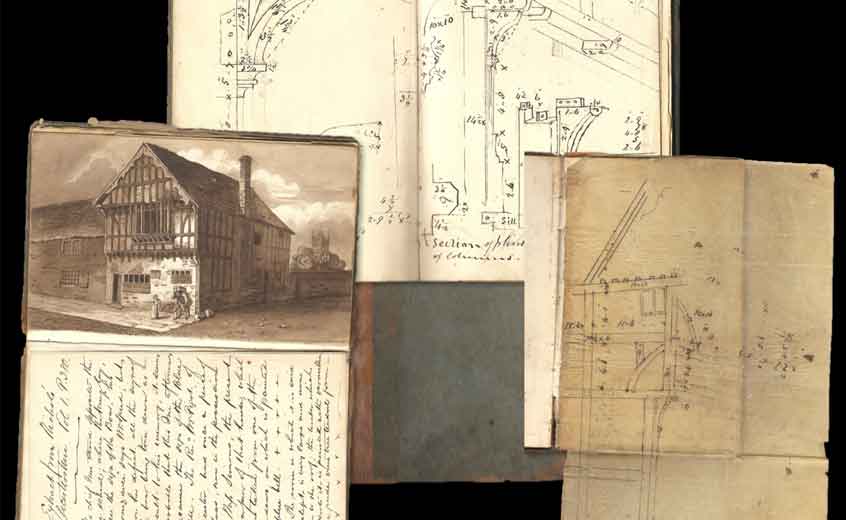 While researching Goddard’s papers in 2012, Richard Buckley of ULAS discovered notes and measurements of a large, timber-framed building which he immediately identified as the long-lost Blue Boar Inn. Richard asked Steffan Davies, an architect with experience in historic building drawings, if he could put together computer-aided design (CAD) drawings of the buildings based on Henry Goddard’s plans. The drawings were passed to the University’s Department of Physics and Astronomy and converted into a 1:50 scale model using the Department’s 3D printer. This model shows all the timber framing, the jointing, the moulding of the timbers, the fireplaces and the chamber in which Richard III was said to have stayed. 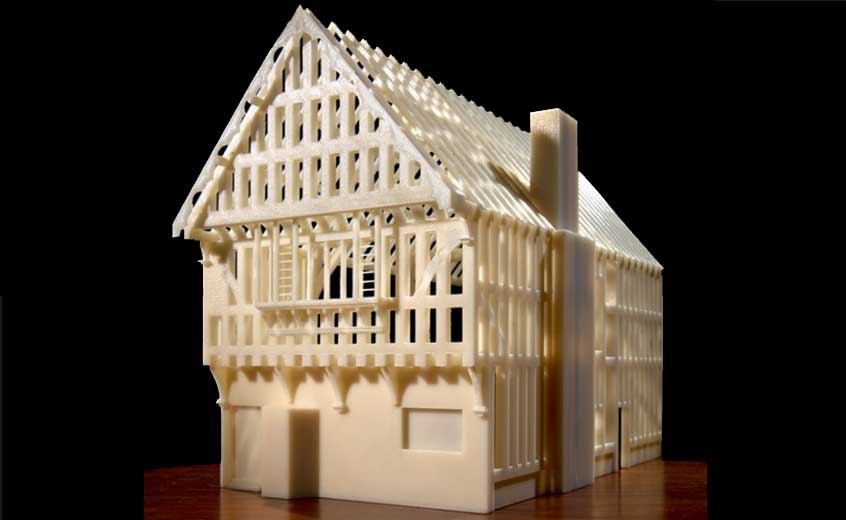 The reconstructed model of the Blue Boar Inn, produced on a 3D printer.

The fate of the body