Professor of Genomics and Bioinformatics

Tony co-founded the Human Variome Project and the Human Genome Variation Society (now Vice-President). He sits on the Diagnostic Committee of IRDiRC, several Task Teams in GA4GH, and a number of expert advisory groups. He has launched two bioscience SMEs, and participates in a range of EU, IMI, and national consortia projects.

Tony moved to Leicester in 2004, where he now serves as Director of the ‘NUCLEUS’ Genomics Services facility, Lead for the ‘BINERI’ biomedical informatics strategic network (spanning disciplines across UoL and and UHL), and Associate Director of the Midlands Substantive Site for the Health Data Research UK institute (HDR-UK). 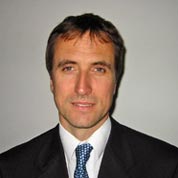 Tim Coats' research is focused on clinical trials and development of novel monitoring technologies in Emergency Care. His research group discovered the Acute Coagulopathy of Trauma (ACT) in 2003 and he was clinical lead for the CRASH2 trial, which successfully implemented a treatment (tranexamic acid) for this condition - now used worldwide and estimated to save 60,000 lives a year

Tim moved to Leicester as Professor of Emergency Medicine in 2004. He chairs the Trauma Audit and Research Network (TARN), which is closely linked to the reorganisation and governance of Trauma Systems throughout England and Wales. He is Co-Director of the Leicester Diagnostics Development Unit (DDU).

Dean Fennell's research focuses on personalised therapy for thoracic cancers, particularly mesothelioma, involving in depth genomic interrogation of tumour evolution and stratified therapy. He is leading two national randomised clinical trials, VIM and CONFIRM, and is also chief investigator for the world's first stratified therapy trial in mesothelioma, MiST funded by a programme grant from the British Lung Foundation. Dean is Leicester's Principle investigator for the Cancer Research UK traceRx, DARWIN2, SMP2, and Matrix studies. He is past president of the International Mesothelioma Interest Group, member of the mesothelioma taskforce of the International Association for the study of lung cancer, and co-author of the recent UK mesothelioma treatment guidelines

Andrew Fry's research interests include mechanisms of cell division and how defects in this process promote genetic instability in cancer cells. Major interest is in understanding how microtubule organisation is regulated by the human NEK kinase family and how these enzymes control centrosome separation and mitotic spindle assembly. Andrew is working to develop novel precision medicine approaches to cancer therapy with a particular focus on thoracic and haematological malignancies.

Andrew moved to the University of Leicester in 2000 to take up a Lister Institute Research Fellowship and was appointed as Professor of Cancer Cell Biology in 2008. He took on the role of Director of Research for the College of Life Sciences in 2014. 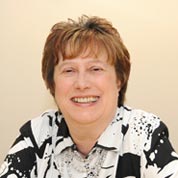 Professor of Thrombosis and Haemostasis, Department of Cardiovascular Science and Head of Department of Genetics and Genome Biology

Research interests include unravelling genetic, clinical and therapeutic factors that affect haemostasis and thrombosis and understanding the role of platelets in promoting atherosclerosis.

Kamlesh Khunti is Professor of Primary Care Diabetes and Vascular Medicine at the University of Leicester, UK. He is Co-Director of the Leicester Diabetes Centre and leads a research group that is currently working on the early identification of, and interventions with, people who have diabetes or are at increased risk of developing diabetes. His work has influenced national and international guidelines on the screening and management of people with diabetes. Professor Khunti is also Director of the UK National Institute for Health Research (NIHR) Collaboration for Leadership in Applied Health Research and Care East Midlands and Director of The Real World Evidence Unit. In addition, he is Co-Director of the Diabetes MSc at Leicester University. He is a NIHR Senior Investigator and a Fellow of the Academy of Medical Sciences, Principal Investigator on several major national and international studies. He has published over 500 articles.

He holds a number of advisory roles including the Department of Health, National Institute of Health and Care Excellence (NICE) and as Secretary of the, Primary Care Study Group of the European Association for the Study of Diabetes (EASD). He is Past Chair of the Department of Health–RCGP Committee on Classification of Diabetes and is Past Chair of the NICE Guidelines on Prevention of Diabetes. He has won numerous awards nationally and internationally. 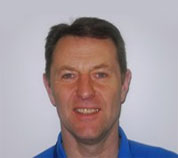 Professor Gerry McCann is a clinical cardiologist having undertaken undergraduate, early post-graduate and doctoral research in Glasgow before moving to Leicester to complete cardiology training. He trained in Cardiac MRI in Amsterdam before developing a broad–based clinical imaging research programme in Leicester, with funding from the BHF, NIHR and MRC. Professor McCann is a PI on a number of large multicentre clinical trials stratifying treatment using imaging and has particular interests in the assessment of coronary artery disease, heart failure, aortic stenosis and diabetic heart disease. 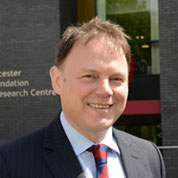 Academic cardiac surgeon at the University of Leicester 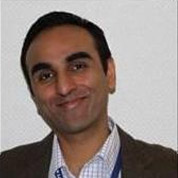 Professor Siddiqui received his medical degree from the University of Southampton and his Doctoral degree from The University of Leicester, where he investigated airway structure-function relationships in asthma and non-asthmatic eosinophilic bronchitis. Following his PhD, as a clinical lecturer and senior lecturer, Professor Siddiqui successfully developed and led the small airway program in the AirPROM-FP7 consortium, validating simple measures of small airways dysfunction with HP gas imaging and computational airway models. Professor Siddiqui's group brings together mathematicians, physiologists, bio statisticians and basic laboratory science, to understand multi scale behaviour of the airways in asthma and early COPD. Professor Siddiqui leads the BRC theme on pheno-endotying in Leicester, the East Midlands EPSRC/MRC, molecular pathology node breath volatile compound, translational program and is the coordinator and Chief investigator of the NIHR-EME Beat Severe Asthma clinical trials program. Professor Siddiqui leads the East Midlands Severe Asthma NHS commissioned clinical service, with an aim to integrate pheno-endotying tools into clinical practice in the NHS. 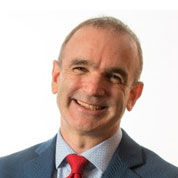 Fellow of the Academy of Medical Sciences, Professor of Genetic Epidemiology and Public Health at the University of Leicester, and Chair of Leicester Precision Medicine Institute

Martin Tobin leads a programme of research on the genomics of common, complex diseases and traits with particular emphasis on the genetics of lung health and COPD. His research has defined genetic variants associated with lung function and COPD, showing their relevance in drug repositioning and disease prediction. He established the first genetic study in UK Biobank; the resulting genetic data have since led to many novel discoveries. He has established and led cohorts and international consortia and promoted the public understanding of genetic science, smoking and lung disease. He leads one of the major clinical partnerships for Genomics England and contributes to panels and advisory committees in the UK for the Medical Research Council, Medicines and Healthcare Regulatory Agency and the Academy of Medical Sciences.