Pro Vice-Chancellor and Head of the College of Social Sciences, Arts and Humanities 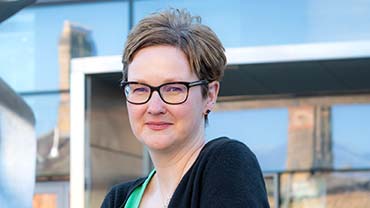 Professor Henrietta O’Connor is Head of the College of Social Sciences, Arts and Humanities and a member of the Senior Leadership Team (SLT) and the Academic Leadership Team.

Henrietta is a Professor of Sociology and joined the University’s Centre for Labour Market Studies in 1997, before moving to the School of Media, Communication and Sociology in August 2014. She is a Senior Fellow of the Higher Education Academy, an Academic Fellow of CIPD and an elected trustee of the British Sociological Association.

She received her undergraduate degree in Human Geography from Queen Mary College, University of London and was awarded an MLitt from Trinity College, Dublin. Henrietta completed her PhD at the University of Leicester.

Henrietta has played an active role at the University of Leicester. In addition to her role as Head of the College of Social Sciences, Arts and Humanities, she is also Chair of the University Equality and Diversity Committee. Previously, she was Head of Department of the Centre for Labour Market Studies. She has also held posts as Sub-Dean of Graduate Studies and Director of Postgraduate Research in the College of Social Science.

Henrietta's principal research interests focus on the sociology of work, in particular debates around transitions to and from the labour market.