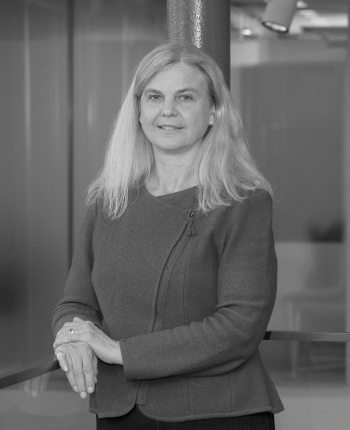 Professor Sarah Davies is Pro Vice-Chancellor and Head of the College of Science and Engineering. In this role she has overall strategic and operational responsibility for the College, supporting and empowering all staff and students of the College to fulfil their citizens of change ambitions. She is also a member of the Executive Board, Senior Leadership Team (SLT) and the Academic Leadership Team.

Professor Davies is an internationally recognised Professor of Sedimentology, who joined the University’s Department of Geology in 1999.

Her passion for research and ability to engage and develop students and staff has set her apart as a citizen of change. In 2017, she was appointed as the first head of the University’s School of Geography, Geology and the Environment within the College of Science and Engineering and she held this post until appointment to her current role.

Sarah’s extensive research interests include the response of palaeoenvironments and ecosystems to perturbations in the Earth system and linking sedimentology with physical properties to improve understanding of complex solid-fluid chemical systems. Since 2007 she has managed a team of researchers and technicians, based at Leicester and in Montpellier, France, who are part of the European Consortium for Ocean Research Drilling (ECORD) Science Operator (ESO) delivering scientific expeditions for the International Ocean Discovery Program (IODP).