ULAS publishes a series of very successful 'popular' archaeology books on a variety of subjects. 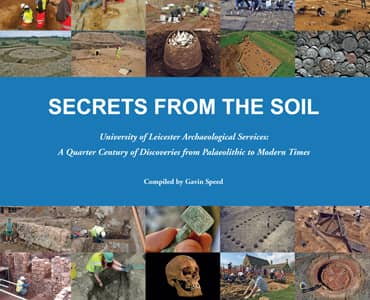 Secrets from the Soil. University of Leicester Archaeological Services: A Quarter Century of discoveries from Palaeolithic to Modern Times

This book showcases the key archaeological discoveries made by University of Leicester Archaeological Services (ULAS) in over 25 years investigating in Leicestershire and Rutland. While the discovery of King Richard III under a car park in Leicester was an event attracting national interest, many of their less well-known projects are of equal, if not greater archaeological significance. The book moves chronologically, featuring large colour photos, and reconstruction illustrations throughout, exploring rarely seen Palaeolithic hunting grounds; Neolithic monuments and art; Bronze Age bogs and bodies; the only Iron Age bark shield from Europe; Roman buildings, mosaics and burials; an Anglo-Saxon village; the most complete Saxo-Norman timber structure in Britain; medieval houses and a brewery; all the way through to Victorian waterways and 1940s bomb shelters. With a bibliography providing links to further, more detailed, reading, this book is a ‘must buy’ for those with an interest in learning more of the archaeological ‘secrets from the soil’! 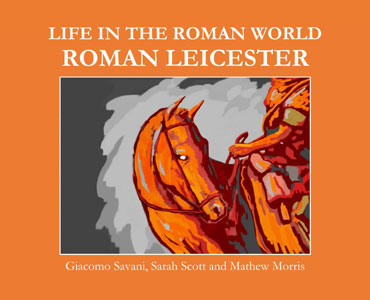 Leicester, famous for Thomas Cook (the travel agent), underdog sporting success, Walkers Crisps, Richard III (the king under the car park), the biggest Diwali celebrations outside India, and Kasabian. Walking through Leicester today it is often difficult to appreciate that we are treading on 2,000 years of history, but beneath the city’s streets are the remains of Ratae Corieltavorum, the Civitas capital of the people known to the Romans as the Corieltavi. Now, a new book by the University of Leicester explore what life was like in the city over 1,600 years ago.

Through a combination of narrative and new archaeological research Life in the Roman World: Roman Leicester by Giacomo Savani, Sarah Scott and Mathew Morris explores the nature of everyday life under the Romans. Based on the world-class research of the School of Archaeology and Ancient History (SAAH), the excavations and publications of University of Leicester Archaeological Services (ULAS), and objects at the Jewry Wall Museum and the Harborough Museum, the book explores topics which still concern us today, such as conflict, social inequality, multiculturalism, migration, diet, disease and death. Inspired by recent archaeological discoveries in Leicester, the narrative imagines the experiences and responses of ordinary people living in the town through four centuries of Roman rule. Leicester is examined in detail because it is one of the most excavated urban centres in Britain, and the range of evidence shows us that it was a vibrant multicultural centre from its earliest phases.

The book is also linked to a new resource for teachers entitled Life in the Roman World: Ratae Corieltavorum (Roman Leicester) which includes session plans, activities and worksheets exploring the culturally plural nature of the Roman world, as well as introducing Latin in the context of the archaeology of Roman Leicester. The resources are aimed at KS2-5 (11 to 18-year olds) and are available for free download from our website. 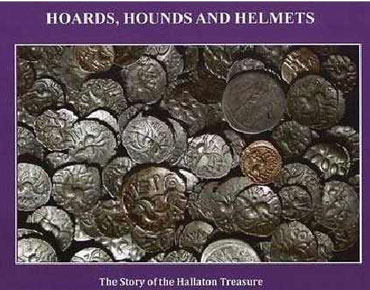 Hoards, Hounds and Helmets: The story of the Hallaton Treasure

The Hallaton hoards are among the most spectacular and important archaeological discoveries ever made in the East Midlands. They have completely rewritten our understanding of relations between Iron Age Britain and the Roman world in the period just before and after the Conquest in the first century AD and provide a new model for understanding other deposits of metalwork and coins from across late Iron Age Europe. 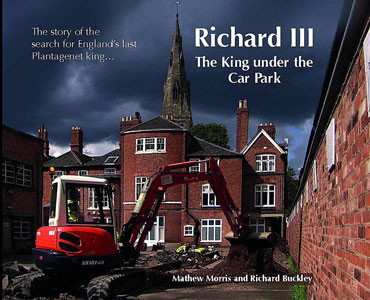 Richard III: The King under the Car Park

Against all odds, in August 2012 a team of University of Leicester archaeologists discovered human remains buried beneath a Leicester car park. Following exhaustive scientific research, the University was able to announce that beyond reasonable doubt, these were those of Richard III who had been buried in the church of the Greyfriars in 1485 after his death at the Battle of Bosworth.

Read this fascinating account of the discovery by the team which carried out the work. 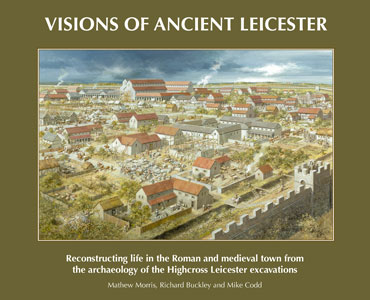 How do excavations enable archaeologists to reconstruct Leicester’s Roman and medieval past? What can they tell us about over two thousand years of history beneath the city’s streets? Visions of Ancient Leicester contains a collection of paintings by artist Mike Codd which evocatively bring to life what it would have been like to live in Leicester between the 1st century BC and the 16th century AD. The artwork was commissioned by ULAS as a way of presenting what has been found on excavations beneath the Highcross Leicester Shopping Centre. This book explains how the results of the excavations can show us how people from the past went about their daily lives. From minting coins to shopping, from worshipping to death and burial, and from free education to brewing ale.