Quantifying the harms of tax avoidance 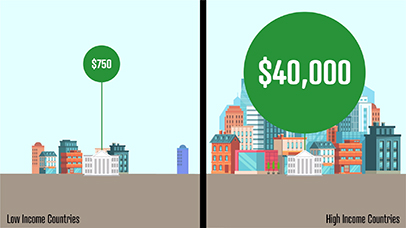 The work of the GRADE (Government Revenue And Development) project assesses the impact of government revenue on child and maternal mortality rates across the world. It also investigates the determination of various health indicators such as immunisation rates, provision of water and sanitation. This work has attracted increasing attention from organisations interested in promoting tax reform as it quantifies the impact of tax avoidance, including the United Nations and the Tax Justice Network. The tax justice network is a charity devoted to reducing tax avoidance throughout the world. They have recently published a major report estimating how much government revenue is lost through tax avoidance. In the report the Tax Justice Network acknowledge our methodological contribution to their work. A group of Charities interested in reducing tax avoidance across the world have recently successfully lobbied the United Nations to demand reforms from the Irish Government. They have described our work as critical in convincing the UN to take this action.