The sting of the bling

By Dr Dan Smith and Professor Gawen Jenkin, School of Geography, Geology and the Environment

Behind the bling of a golden ring, the ecological picture is painfully less brilliant. Mining metals is an evidenced driver of climate change and biodiversity loss, it even has been linked with human rights abuses. There are further issues when it comes to the minerals once excavated - processing minerals and metals requires a slew of chemicals, many of which are toxic and pose harm to nature and the food chain. Many of the metals we use have little to no recycling, and so they become another environmental problem.

Our experts in geology, based in the College of Science and Engineering work collaboratively with colleagues from Chemistry on a quest to combat climate change through more sustainable and ethical methods of metal extraction and processing.

Their research has seen them study ore deposits and prospects in the UK, Greenland, Australia, Chile, Greece, Africa, Zambia, Ethiopia and the western Pacific. Projects such as FAMOS (From Arc Magmas to Ores) and TeaSe (Tellurium and Selenium Cycling and Supply) exemplify this collaborative approach, and a philosophy of not just mining more, but finding better deposits, and reducing their overall environmental impact.

A new age for metals and minerals

“Electricity demand is rising, while increased production of wind and solar energy requires a greater quantity of a different mix of raw materials. The world is entering a new age for metals and minerals as raw materials are irreplaceable in solar panels, wind turbines, electric vehicles, and energy-efficient lighting,” explains Doctor Dan Smith, Associate Professor in Applied and Environmental Geology at the University of Leicester.

Since 2015 Dr Smith and colleagues have been researching the fundamental geoscience of where to find more metal in the world. Understanding how various geological processes move specific elements or minerals around in the Earth’s crust is critical to today’s ‘supply and demand’ for raw materials, but Dr Smith is concerned that many mining locations and processes are still painfully ignorant of their cascading impacts on the environment and climate change. 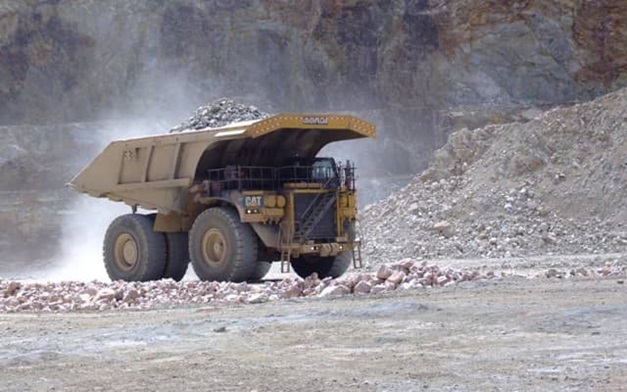 Mining – or the ‘exploration industry’ - takes the science and geophysical surveys to figure out where in the world the metals are. It all starts here: finding locations. Then our colleagues look at what we can actually do with the metals. Finally - now more than ever before – our research is also looking at the consequences of what – and how – we mine and process. This is the life cycle of mining when it comes to our research.

Where there’s muck there’s brass – it’s an old English saying that means you can always make money out of waste. But when it comes to extracting resources, what is the impact of the muck?

Dr Smith says, “There are treasure troves of potentially useful metals currently going to waste in mining locations across the globe. Once you open a mine you can’t avoid the impacts. It uses land, leaves a void space, generates a lot of waste. If you have a million tonnes of ore in a gold deposit you’ll end up with a million tonnes of waste. In real life - for every tonne of waste you only get five grams of gold. So we are looking at a ratio of hundreds of thousands of tonnes of waste compared to product.”

Dr Smith explains that most of the waste – called ‘tailings’ – stay on mine sites. Periodically miners will flood valleys with the waste in tailings dams, and sometimes they collapse, such as this one that failed in Brazil in 2019 and killed 290 people most of whom were never recovered, buried under tonnes of rock waste.

Beyond take, make and waste

The ongoing quantity of metal extraction the world requires becomes less of an issue if we can look beyond the current take-make-waste extractive industrial model.

Professor of Applied Geology Gawen Jenkin says the ultimate goal is a circular economy that designs waste out of the system, with close to 100% recycling of metals, focused on positive society-wide benefits, but he doesn’t believe this will be possible before the end of this century.

He says, “It is painfully ironic that so many of the technologies often touted as 'solutions' to climate change actually rely on extraction of metals and minerals. Great amounts of metals such as copper are needed for electric cars, and a wide range of metals that have never been mined in significant quantities previously (and are thus not available for recycling) such as tellurium and selenium are becoming more in demand for green technologies such as solar panels.

“If we can be creative then we can find uses for most of what is mined from the Earth’s crust so to have minimal waste. Take for example tellurium. This is an extremely rare metal, comparable to that of platinum or gold. But if you tried to sell it, you would get a fraction of the price. Tellurium may not be as pretty as gold, but could potentially have great uses for a greener planet.”

Working on novel extraction methods and minimising wastage, Professor Jenkin says, is “potential disruptive” for the mining industry, and if done properly and thoughtfully, could really benefit local communities, providing steady employment as well as being a win for the planet.

The world’s obsession with rare metals has led to an equal obsession in the extraction industry with cyanide – the chemical used by 85% of processing techniques to extract gold from ore. Professor Jenkin warns that whilst cyanide solution is very good at breaking down gold ore, it is still a toxin.

“We may want the gold but the manner of processing must be greener. When it comes to developing solvents for environmentally-friendly processing, we are looking into alternatives to toxins such as cyanide and mercury which get into the food chain.”

“At the University of Leicester our research is in collaboration with colleagues in the Centre for Sustainable Resource Extraction, trying to develop more benign, more efficient, less energy-intensive techniques of extracting gold and other metals that are in high demand. We are specifically looking at solvents we can use that are not toxic, biodegradable, easily available and relatively cheap for an industrial process.

“We have discovered a potential solution in deep eutectic solvents, a mixture of two solids which when mixed produce a room temperature liquid. The main chemical used is choline chloride, also known as vitamin B4, which we mix with common urea, an obviously non toxic chemical. This mixture, with a little iodine that you might have used in the past to disinfect a scratch, extracts gold faster than cyanide and is a promising alternative.

Professor Smith adds, “Our collaborative work at the University of Leicester aims to tackle problems that neither geologists nor chemists would be able to do individually – giving us the leading edge on new areas of interdisciplinary research and enabling impact that transcends traditional research fields.”

Cleaning up the oil industry

Every breath you take...

Professor Paul Monks explores air pollution and its impact on human health and the climate.