Every breath you take... 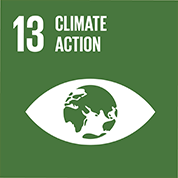 Air pollution alone is thought to be responsible for 3.2 million deaths per year, and it is estimated that over 80% of people living in urban areas are exposed to air quality levels that exceed safe limits.

In low-income countries, this situation is even more pressing with 98% of cities failing to meet World Health Organisation air quality standards. With such concerning figures, understanding the impact of man-made pollutants on the environment has never been more essential when it comes to improving the health of populations across the world.

Paul Monks, Professor of Atmospheric Chemistry and Earth Observation Science, has been driving change in our understanding of our air quality and pollution at Leicester ever since joining the University in 1996, with wide-ranging research that covers air quality, atmospheric composition and climate change.

His highly-valued expertise saw him join the UK Government’s Department of Business, Energy and Industrial Strategy (BEIS) in 2020 as Chief Scientific Advisor, whilst maintaining his research work at Leicester. 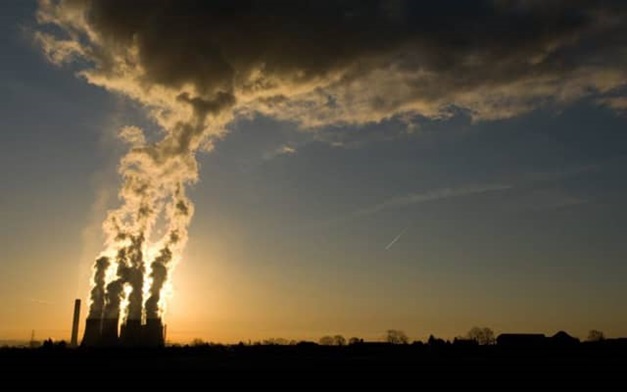 Air quality embraces the issues of impacts on human health, ecosystems, climate change and national heritage. A challenge always is using the lessons of the past as a good predictor of the future.

His work examines the need for joint solutions co-created by scientists and policy leads to achieve longer lasting change to improve all four of these pillars, but especially the lives of those in the most-polluted areas of the world.

“We identified two phases to air quality mitigation; the first driven by an air quality ‘emergency’ as the pollution is visible and the effects can be relatively obvious, and the second driven by science that is directed towards continuous improvement.

“A critical element of the ‘science phase’ is the evidence base - the models of evidence-based and -informed policy-making guided by the co-creation of knowledge and policy options between scientists and policy-makers, which could have the best chances of success.”

Professor Monks’ expertise in air quality, air pollution and measurement revealed the unprecedented effect of the social changes during the COVID-19 outbreak on air pollution.

Describing the pandemic as the ‘largest scale experiment ever’ into global air quality, he studied satellite imagery from the European Space Agency (ESA) that showed the drastic differences between air pollution before and after the outbreak.

Levels of nitrogen dioxide significantly dropped after industrial and transport emissions were vastly reduced during lockdown periods. Measurements from ESA’s Sentinel-5P satellite showed that over a period of six weeks, levels of nitrogen dioxide (NO2) over cities and industrial areas in Asia and Europe were lower than in the same period last year – by as much as 40%.

In the UK, just two weeks into the first nationwide lockdown in March 2020, NO2 pollution in some cities fell by as much as 60% compared to the same period in 2019, with roadside monitors already showing significantly reduced levels of pollution at hotspots such as Marylebone in London. NASA revealed that NO2 pollution over New York and other major metropolitan areas in north-eastern USA was 30% lower in March 2020, compared to the monthly average from 2015 to 2019.

At the time, Professor Monks said: “We are, inadvertently, conducting the largest-scale experiment ever seen. This might give us some hope from something so clearly terrible – we can see what could be achieved in terms of a low pollution future.

“Road traffic accounts for about up to 80% of nitrogen oxide emissions in cities the UK. It seems entirely probable that a reduction in air pollution will be beneficial to people in susceptible categories, such as asthma sufferers.

“What I think will come out of this is a realisation – because we are forced to – that there is considerable potential to change working practices and lifestyles. This challenges us to start considering the future and ask ourselves: do we really need to drive our car or burn a fuel for that?”

A breath of fresh air

Nitrogen dioxide is produced from car engines, power plants and other industrial processes and is thought to exacerbate respiratory illnesses such as asthma. While not a greenhouse gas itself, the pollutant originates from the same activities and industrial sectors that are responsible for a large share of the world’s carbon emissions and that drive global heating.

The city of Wuhan in China saw one of the largest drops in pollution levels. The city of 11million people serves as a major transportation hub and is home to hundreds of factories supplying car parts and other hardware to global supply chains. According to NASA, nitrogen dioxide levels across eastern and central China were 10 to 30% lower than normal.

NO2 levels also dropped in South Korea, which has long struggled with high emissions from its large fleet of coal-fired power plants but also from nearby industrial facilities in China.

Closer to home, the changes over northern Italy are particularly striking because smoke from a dense cluster of factories tends to get trapped against the Alps at the end of the Po Valley, making this one of Western Europe’s pollution hotspots.

Professor Monks continues to act as Chief Scientific Advisor to the UK Government’s Department of Business, Energy and Industrial Strategy (BEIS), and provides expertise to policy-makers on all topics related to science and engineering.