Satellites are a crucial component of the 21st-century technology infrastructure

Operating conditions in space are harsh; there are a number of threats to the effective flight time of satellites. Vacuum force can ruin exposed equipment, temperatures vary greatly, from -100 to +240°C, depending on orientation to the Sun, meteorites and ‘space junk’ can puncture outer skins and collide with delicate on-board equipment and most significantly radiation damage can render sensitive computer equipment useless. 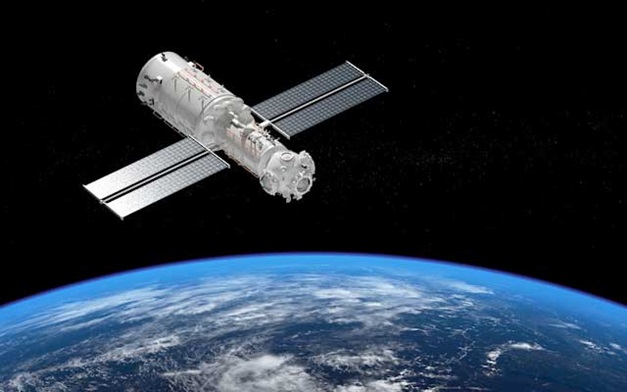 Fifty-five years after the launch of Sputnik-1, satellites have changed our lives, bringing us instant information via telephone and broadcast media. Satellite navigation has become a vital part of everyday activities enabling users to find their position accurately anywhere on Earth.

“Importantly, satellites are a crucial tool for understanding and monitoring Earth at a global level for preservation of the environment and security. Satellites cannot be repaired after launch and 45 per cent of all failures in spacecraft are related to electronics. When building, launching and maintaining a satellite can cost up to $1 billion, extending the functional life of a satellite spreads these huge costs over a greater period, helping to make them more economical.”

A key focus of Professor Vladimirova’s research has been to extend the flight time of satellites by addressing, and mitigating the effects of some of the hazards of the space environment.

The danger of space debris

Space hazards, such as debris in orbit, can come from different sources and range in size.

Large debris is produced by dead satellites or launcher upper stages. Smaller debris comes from fragmented upper stages, deliberate destruction, for instance the non-operational Chinese weather satellite, the Fengyun-1C, which was destroyed in orbit for the purpose of an anti-satellite test in 2007, by a collision between uncontrolled bodies with another spacecraft, such as the Iridium 33 which was destroyed in 2009 by a collision with a defunct Russian satellite Kosmos-2251, or by collision between small debris and any other object, including a spacecraft.

Large debris, bigger than 10cm, can be detected, catalogued and tracked from the ground, however, debris between 0.1 and 10cm cannot be detected, and are not tracked. Therefore, collisions of spacecraft with small debris are not predictable and can result in critical to catastrophic damage.

Professor Vladimirova’s team worked with Airbus Defence and Space to devise a self-healing distributed intra-satellite computing system to manage faults caused by small debris. It was based on migrating tasks to other healthy units within the on-board computers, supported by a newly designed adaptive middleware for fault-tolerance block, which is external to the node processing unit and operates in parallel with it.

The self-healing intra-satellite computing scheme was applied to the satellite attitude and orbit control system (AOCS) for validation purposes. This work resulted into a prototype of a novel fault-tolerant distributed satellite AOCS computer, which was implemented using multiprocessor-system-on-chip Xilinx Zynq Field Programmable Gate Array (FPGA) devices. The experimental results confirmed that the fault-tolerant distributed computing scheme outperformed the existing approaches in terms of resilience to processor failures and computational performance.

Increased processing capabilities are required for payload data processing on board spacecraft. NASA scientists have found that static random-access memory (SRAM)-based FPGAs are best suited for hardware acceleration of high-performance tasks due to their flexibility, parallel architecture, and embedded digital signal processing (DSP) blocks. However, when dealing with such FPGAs in space applications, the effects of single-event upsets (SEUs) caused by radiation must be mitigated as they can change the state of a bistable element. Working with the European Space Agency and Airbus Defence and Space, Professor Vladimirova’s team proposed a novel distributed failure detection methodology, which applies fault detection, isolation and recovery methods to multi-FPGA systems by shifting failure detection mechanisms to a higher intercommunication network level.

A very powerful new development is the emergence of mega-constellations in Low Earth Orbit. The move from the traditional monolithic spacecraft to the distributed multi-satellite architecture brings tangible benefits, such as frequent revisit, global coverage, system redundancy, and provides fertile ground for new technologies, for instance networking and distributed processing over inter-satellite links.

Professor Vladimirova’s team have proposed a self-healing inter-satellite computing model to support fault-tolerant distributed data processing among satellite nodes in networked multi-spacecraft systems. An example is a constellation of small low-cost satellites, equipped with inter-satellite links, in which a large amount of payload data is to be processed before transmission to a ground station. If the processing requirements exceed the capabilities of a single satellite, the processing may be split into several 'tasks'. Tasks could include splitting payload data into blocks for parallel processing, operations on a data block and data re-integration following processing. In addition, certain housekeeping and network management functions may be shared. Each spacecraft is considered to be a computing node, whereby node designs may vary. Some may primarily be 'sensing nodes' hosting sensor payloads, but with minimal computing resources. Others may be dedicated 'processing nodes' with greater on-board processing capability, utilising the self-healing intra-satellite architecture within the spacecraft. The self-healing inter-satellite mechanism ensures that the constellation will be able to detect the failure of a satellite node and seamlessly self-repair itself by migrating the tasks of the faulty node to the remaining healthy nodes.

If combined with high-performance computing resources on board the satellite nodes, the self-healing inter-satellite model will provide a highly reliable on-orbit processing capability to carry out autonomous operations based on artificial intelligence (AI) and machine learning techniques in real time. Enhanced by such a capability, distributed satellite missions could truly become the backbone of the new age of space technology.