By Professor Richard Ambrosi, School of Physics and Astronomy

A major challenge in space exploration is power generation. Distance from the Sun, and missions in cold and inhospitable regions of the solar system, prevent the use of traditional power sources.

Professor Ambrosi and his team, working closely with the National Nuclear Laboratory, have for the first time in history enabled spacecraft power generation and thermal management by developing power systems that enable electricity generation from the rare element americium, a by-product of the decay of plutonium, which itself is produced during the operation of nuclear reactors.

As a direct result of Professor Ambrosi and his team’s research into americium-based radioisotope power systems, previously inaccessible regions of space will become accessible by European space missions.

Europe is independently developing a radioisotope power system capability, and pursuing space exploration with a substantial fuel resource. All this progress can be made with a positive environmental result on Earth.

This game-changing work has unsurprisingly positioned the University of Leicester as the global leader in the development of americium-based space nuclear power systems for electrical power generation, spacecraft heating and thermal management.

From ideas to functioning prototypes

In 2008 the viability of Americium-241 (241Am) as an alternative to plutonium-238 (238Pu) for use in power systems was published in the open literature and this outlined that 241Am could be extracted from transuranic waste. This was confirmed independently by a number of studies as part of a European funded research programme.

Prior to this research, European access to radioisotope power sources for space applications would only possible through collaboration with the USA or Russia, who use 238Pu as fuel.

Professor Ambrosi explains: “About ten years ago, a team at the National Nuclear Laboratory showed that they could successfully extract 241Am from stockpiled reprocessed civil nuclear fuel. The University of Leicester team showed that this 241Am could be incorporated into a functional radioisotope power system by developing a series of prototypes. These critical discoveries solved both the European problem of space power generation and found a use for the americium.”

With European space community backing, 241Am is now recognised as the ideal radioisotope power source for European space science and exploration missions where solar power cannot be used and alternatives are not possible.

Under Professor Ambrosi’s leadership, a team at the University of Leicester, together with industry partners, have developed the first ever working prototype radioisotope thermoelectric generator (RTG) system, delivering a fully functional RTG to ESA in 2018 capable of providing 200W of heat and 10W of electrical power. A global first in radioisotope power technology, this RTG was uniquely designed to work with 241Am-based fuel.

Also in 2018, Professor Ambrosi’s team provided the world’s first 3W thermal 241Am based Radioisotope Heater Unit (RHU) to ESA. The RTG design continues to be refined by the Leicester team and this has resulted in an 241Am RTG design that can be scaled to generate 50W of electrical power in space.

Future space missions to the distant solar system are now possible thanks to these incredible achievements. 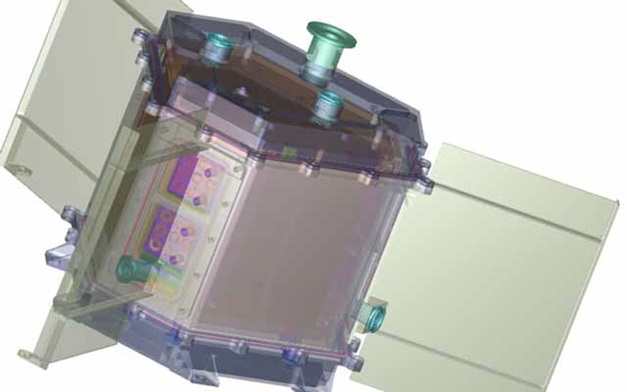 In the UK alone, the civilian nuclear power programme has generated a large quantity of reprocessed civil plutonium fuel. The utilisation of this reprocessed fuel in future generations of civil nuclear reactors could play a significant role in decarbonising the economy.

Professor Ambrosi and the Leicester team are currently working on updating and refining the designs of the European radioisotope power systems. In collaboration with industry, the team are looking at a range of deep space, Mars surface and lunar surface applications.

The importance of the ability to practically utilise a by-product of the nuclear sector in technologies like RHUs and RTGs developed by the Leicester team has been widely recognised.

Professor Ambrosi’s work won the Leicestershire Live Innovation Award for Space Innovation in 2019. The University of Leicester and National Nuclear Laboratory research teams won the Collaborate to Innovate Award for Aerospace and Defence in 2019, and were finalists in two categories of the iChemE Global Awards 2020 awards: Energy and Innovative Product.

The idea of military space power might conjure up images of laser battles, spaceships and far-flung worlds – not unlike a real-life Star Wars. Professor Bleddyn Bowen provides an insight into the reality.

Fingers off the button

Professor Andrew Futter explains that it’s time for the world to rethink its nuclear weapons strategies and champion international peace.