A Reflection: Decolonising the Curriculum Project

Kike undertook a Student Selected Component (SSC) project in her final year, 'Part 1: identifying jaundice in black and brown babies' and 'Part 2: How do we start thinking: What about black and brown patients?'. 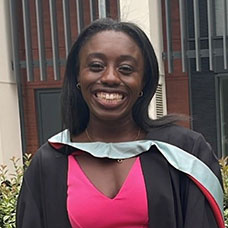 Why did I choose this project?

‘Black women are 7 times more likely to die in child birth compared to their white counterparts.’

The crazy thing is that after the sheer amount of unconscious bias and lack of awareness that I witnessed whilst at medical school, this statistic, as horrific as it clearly is, did not surprise me as much as it should have.

Racial inequality in medical school and the NHS is rife. And having been on the receiving end many a time, I jumped at the chance to be involved with that a project that promised to try to tackle this head on. I loved that the project facilitated tangible change and had outputs that I saw changing as the project unfolded. I was able to create a quiz that challenged students to think about how they would tackle different clinical scenarios on patients with different skin tones. I subsequently then had students asking me to create more questions as they felt ill equipped to answer so many of the previous ones but wanted to do better! It was a surreal experience.

Working with my supervisors and other members of MedRACE is probably one of the most empowering group activities that I have been privileged enough to be a part of. Working with individuals who are trying to close that inequality gap so fiercely, fuels a huge passion of mine.

I was able to help deliver active bystander training which was amazing. In that session a student put his hand up and said that he didn’t have any idea that some of these health inequalities that we had spoken about even existed. He explained that now he would try and be more vigilant as he goes on to become a doctor later on this year. For me that was the icing and cherry on top of the (MedRACE) cake and highlighted to me why I picked to do this project.

It became so apparent from day one that this project was not just another tick box project. It wasn’t a ‘sign in and attend the teams meetings just to get your sign off’ type project. This project was a responsibility to raise awareness and shine the light on conscious and unconscious biases, inequalities and lack of teaching around the matter. To show people that as long as the statistics continue to show that racial inequalities in health exist, we will continue to do the work.

My one regret. That I didn’t find out about MedRACE sooner!! 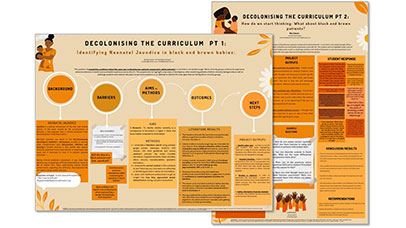