Bradgate Park is located circa 4km north-west of the City of Leicester and covers an area of approximately 830 acres, through which the River Lin flows. The park is currently used as a popular recreational park and attracts c. 400,000 visitors per annum. It forms a key leisure destinations for the population of Leicestershire and beyond. 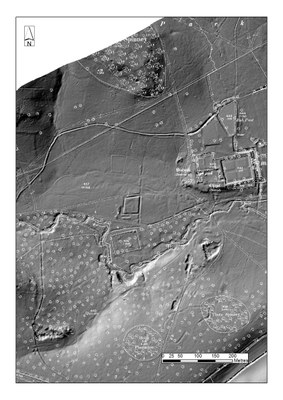 The earliest evidence for human activity within the park dates back to the late Upper Palaeolithic: test pit excavations in 2014 identified a rare Creswellian period site. While some material of Mesolithic date has been found, little evidence of later prehistoric activity has been recovered. However, a LiDAR and subsequent walkover survey in 2014 has identified potential evidence that demands investigation. There is limited evidence of activity in the park during the Roman period, in the form of pottery and coin finds, and no evidence of Saxon occupation. Bradgate Park is first documented as a deer park in 1241 although it may have been established before then. The original boundaries were subsequently modified to encompass a larger area. During the medieval period the park formed part of the Manor of Groby. A moated site 200m to the west of Bradgate House is widely considered to mark the location of a park keeper’s lodge.

The well-known Grey family owned the manor in the mid-15th century and it was this family who commenced building an unfortified brick-built house and associated gardens in the early 16th-century, which was probably completed around 1520. This house is nationally significant because it is one of the first unfortified aristocratic houses in England and represents one of the earliest post-Roman uses of bricks. The construction of the house was associated with the clearance and relocation of the village of Bradgate (first documented in 1377), whose precise location remains uncertain, and modifications to the landscape to divert the course of the river to supply a fishpond, flush out the drains beneath the house and feed a mill. Bradgate House was the birthplace and childhood home of Lady Jane Grey (the 'nine days queen') in 1537. 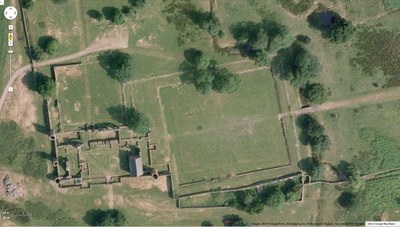 The house, outbuildings and formal gardens were modified and extended during the 17th century (particularly in advance of the visit of King William III), and witnessed reconstruction work within the 20th century, although the precise dating of these additions remains uncertain. Bradgate House was abandoned in 1739 and recorded as a ruinous by 1800. In the 18th century the park was used exclusively as a sporting estate. Remnants of a horse racing track around a tower constructed in the late 18th century known as Old John still survive from this period, along with stables, spinneys, plantations and a series of rabbit warrens.

The Bradgate Park fieldschool project will encompass a series of targeted evaluative excavations, topographic and geophysical survey, environmental reconstruction and standing building survey. The fieldwork will take place over five-years and examine multiple areas within the park to critically evaluate previous assumptions and generate new understandings about the occupation, use and development of an upland landscape across a period of almost 13,000 years. The fieldwork will also provide an opportunity for fieldwork training for archaeology students from the University of Leicester and continues a longer-term programme aimed at enhancing community involvement in the understanding and presentation of important regional monuments for the benefit of the wider public, as most recently seen at Burrough Hill.