Neil Chakraborti, Professor of Criminology and Director of the Centre for Hate Studies at the University of Leicester says it is an alarming situation. “Our evidence shows that the vast majority of hate incidents are typically not reported. At the same time tailored support resources in the community have been cut so it is really difficult for victims to identify a ‘safe haven’.”

Inspired in part by his own childhood experiences of racist abuse, Neil went on to study rural hate crime for his PhD. Today he is leading research into what lies behind the official figures on hate crime in the hope of improving policy and practice. He says: “We go where the problems are and try to make a difference.”

Being tipped out of your wheelchair, having your veil ripped off, being spat at on public transport, having racist graffiti sprayed on your front window – these are just a few of the thousands of accounts that Neil Chakraborti and his team at the Centre for Hate Studies have listened to.

He says: “These are not one-off incidents; they happen to the same people on a regular basis and many of those victims feel unable to turn to anyone for support. The day-in day-out experience of being targeted on the basis of your identity or ‘difference’ can be so draining, and the lack of an empathetic response from agencies makes it even worse.”

How big is the problem?

What they have discovered is that the vast majority of victims never go to the police or any other agencies. Fewer than one in four victims in the UK report hate crime and many encounter hate incidents on a repetitive basis in a variety of settings, including at their homes, in social spaces and on public transport.

“It is difficult for victims to see beyond these experiences of harassment and hostility, particularly in a world of rising intolerance and scapegoating.”

The impacts of hate crime aren’t just physical. Victims can experience emotional harm, an increased sense of vulnerability, trauma, anxiety and suicidal tendencies. It affects their family and the wider community.

“An attack on a gay person or a trans person, for example, often affects the wider trans or gay community. The attack conveys a hostile message to members of that community that any of them could be targeted in a similar vein.”

What can be done?

The research team is working with victims and offenders but there are no straightforward solutions.

In a number of parts of the country they have joined forces with regional partners, such as Police and Crime Commissioner’s offices, local authorities and third sector organisations to identify ways of responding more effectively to hate crime. This includes working with criminal justice agencies to develop interventions with perpetrators; working with victim support agencies to meet the needs of hate crime victims; and working with the Law Commission in the hope of making the law clearer.

But the essence of their research is at grassroots level - meeting everyday people facing everyday challenges. 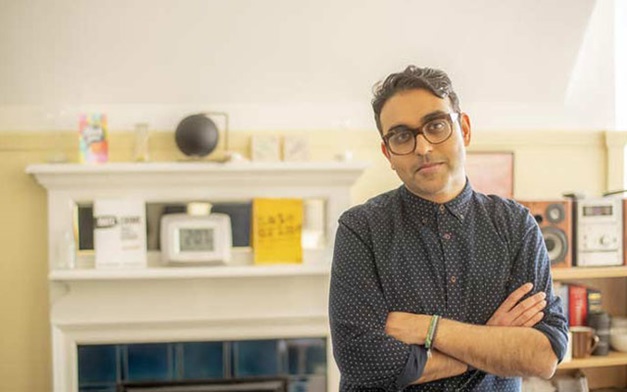 It requires a lot of emotional stamina to listen to awful, sometimes harrowing stories shared in confidence. But you have to channel that in the right way because our role as researchers is to gather evidence in order to make a genuine and sustained difference.

“In most cases people really wanted an opportunity to tell their stories and to be listened to. We couldn’t guarantee that our research would put an end to their problems but we can listen and channel their voices through the work that we do to make sure politicians, police officers and other people in a position of authority have the opportunity to respond to what they are saying.”

The Leicester Hate Crime Project was the biggest study of hate crime victimisation ever conducted anywhere in the world. Over two years Professor Chakraborti and his team spoke to more than 2,000 victims of hate crime. A set of recommendations and action plans went to policy makers and practitioners.

“Five years on some agencies have worked hard to make improvements; but others may have felt compelled to prioritise other issues at the expense of hate crime and that is something beyond our control.”

Experiences of hate crime and the fear of being targeted has increased since the EU referendum.

Professor Chakraborti says: “There is no doubt in my mind that the tone of the referendum debate laid the platform for what we have seen as a result. The divisive, toxic nature of our discussions has had dire consequences for those who are most visibly different.”

No stranger to the trolls on social media, Professor Chakraborti has fallen victim to hate crime in recent years, sometimes as a result of his research and media interviews.

Rather than attributing blame, he believes we all have to take responsibility for our own actions and for the actions of those around us, in order to address the underlying prejudices that can give rise to hate.

“All of us need to think very carefully about our actions, our behaviour and our policies in order to generate a climate of kindness.”

Currently the team at the Centre for Hate Studies are leading a range of new projects, including a study of hate crime in higher education and an analysis of domestic extremism and what draws people to the far right. They continue to develop training for practitioners and to work with policy makers.

“Ultimately, our work is designed to shape change – whether this be in terms of public attitudes, criminal justice policy or through better awareness. If we can make a difference to one person’s life, make them feel that they are being listened to for the first time, that their voice counts and that they matter, then we’ll be helping to bring about change.”

Protecting children from the devastation of war and violence

In any society subjected to war or violence, children are the innocent victims.