Director of the Centre for Hate Studies and Professor in Criminology 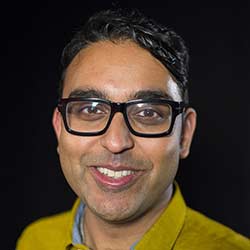 Professor Neil Chakraborti has extensively researched hate crime, targeted hostility and violence against minorities. He has authored seven books and has more than 50 peer reviewed publications. His numerous research projects over the past two decades have led to a better understanding of hate crime victims, perpetrators and criminal justice policy.

Evidence from around the world suggests that hate incidents have escalated since the outbreak of COVID-19, with increasing numbers of people lashing out against particular communities who they believe are to blame for the outbreak, or who are perceived to pose a threat to safety. Much of this hostility has been directed towards visible minorities and has taken place online, as access to public spaces has been reduced. As the pandemic continues to develop, hostilities and hatred are likely to be fuelled by an increased sense of fear, mistrust and misinformation, and by rising levels of nationalism and xenophobia.

I am happy to accept applications to supervise PhDs on the following topics: