Exploring the links between colonialism, prison and mental health

The inseparable history of jails and colonialism in Guyana

The project, funded by the Economic and Social Research Council’s (ESRC) Global Challenges Research Fund (GCRF), examines historical, social and cultural perspectives. It covers the period from 1825, when the British opened the colony’s first jail in Georgetown, through Guyana's independence in 1966 to the present day.

The team, which also includes ten researchers from the Universities of Leicester and Guyana, is investigating the connections between the present-day challenges associated with MNS disorders and the history and legacies of the British Empire in Guyana. The team is exploring the idea that the existence of MNS disorders cannot be separated from the country's history as a sugar colony that controlled indigenous people, enslaved Africans and indentured Indian labourers. The project is uncovering the ways in which the British Empire created particular forms of trauma, shaped demography and religious practice, and enforced patterns of population control including the building of new prisons.

The purpose of prison

In the 19th and 20th centuries, the colonial administration of British Guiana managed over a dozen prisons, three of which are still in operation. Through extensive research of the colonial-era records held in national archives, during an earlier GCRF project funded by the British Academy, the team discovered a recurring question posed by the colonial prison administrators of ‘what is prison for?’ Wider discussions included topics such as the need for separate treatment of different kinds of offenders; the role of religion in rehabilitation; the deficiencies of prison infrastructure; prison security and escape; the morale of prison officers; and the education and training of inmates.

From the very earliest days, efforts to reform and rehabilitate prisoners were often frustrated by a lack of resource and difficulties in recruiting guards. This reflected the fact that the purpose of prisons was never resolved, nor was a firm conclusion reached on the rationale for incarceration, which left jails to serve a variety of incompatible purposes. An example of this was that the British wanted to use prisons for different types of offenders, but the pressure of prisoner numbers put a strain on prisoner training, education and work. 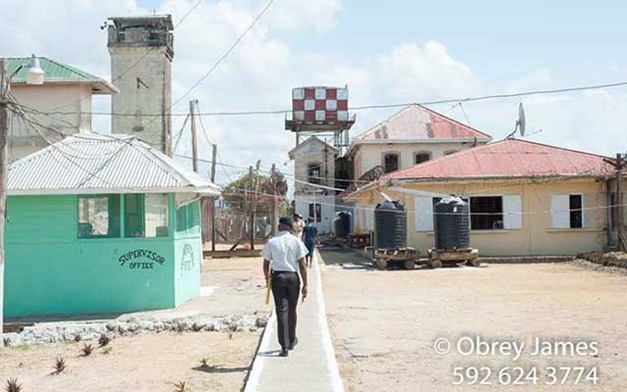 Professor Anderson’s research has shown that the history of Guyana’s jails is intertwined with colonialism. During the era of slavery, slave owners punished their human property for what they perceived as labour infractions or ill-discipline, often using extremely brutal measures. After emancipation, the colonial state took on this role, through the development of prisons in the 1830s and 1840s.

The inseparable history of jails and colonialism in Guyana

Professor Anderson’s research has shown that the history of Guyana’s jails is intertwined with colonialism. During the era of slavery, slave owners punished their human property for what they perceived as labour infractions or ill-discipline, often using extremely brutal measures. After emancipation, the colonial state took on this role, through the development of prisons in the 1830s and 1840s. The British imprisoned emancipated slaves (and their descendants) and indentured labourers for a range of offences, some of which were crimes against property, but also included what they called ‘idleness’ and breaches of harsh labour laws, including unauthorised absence from home.

The project has also discovered that the architectural design of and daily regimes instituted in Guyana’s prisons were strongly influenced by the changes in thinking about their ideal form and function from Europe and America. The British adapted and built jails according to their ‘modern’ prison design ideals, where prisoners would occupy individual cells and would be punished and rehabilitated through a programme of education, work, training and Christian instruction. Colonial-era punishment often used prisoners in colonial building projects, with inmates building and repairing streets and pavements, and constructing parts of the Sea Wall.

The project team presented their historical research to prison officers in Guyana in 2018. It became apparent that there is still active debate around the purpose and form of prison. Much of the colonial-era infrastructure still survives today, and many of the routines and regulations in the prisons date from the British period.

Building on the findings that historically there was excessive consumption of alcohol by inmates and guards, that inmates routinely smoked marijuana, and that some prisoners had mental health conditions and were transferred to a ‘lunatic asylum’, Professor Anderson secured further ESRC funding for a follow-up project which is exploring the current prevalence of MNS disorders in Guyana’s jails. The research team has returned to the historical archives, but is also examining modern records and undertaking interviews and workshops, with prisoners, prison officers and prisoners’ families. The team is exploring how different communities define and experience MNS disorders, management of the disorders and welfare provision, and how these have been affected by Empire and Independence.

Neil Chakraborti, Professor of Criminology and Director of the Centre for Hate Studies at the University of Leicester says it is an alarming situation.

Protecting children from the devastation of war and violence

In any society subjected to war or violence, children are the innocent victims.