A unique insight to early medieval culture through the eyes of scholars, scribes and sculptors

For the first time Professor Joanna Story is connecting hundreds of early medieval manuscripts in European libraries that preserve the art and script of the Anglo-Saxon and Irish kingdoms before the Viking Age.

This unique look at early medieval culture, through books that travelled with scholars and scribes, helps to unravel the tangled history of our islands’ links with European neighbours.

Manuscripts preserve both text and art, revealing complex connections between people and places. They preserve evidence of long-distance travel and reflect the movement of people as well as the exchange of ideas and ‘ways of doing’. 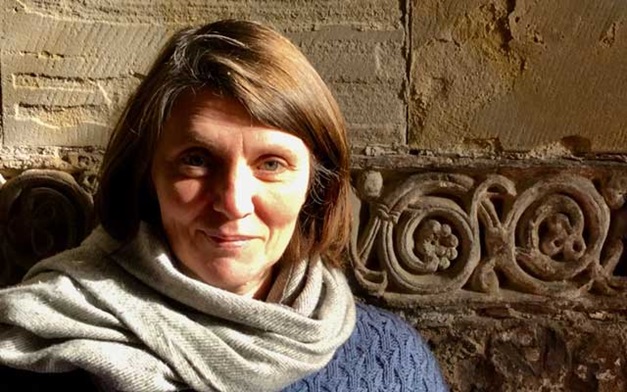 We have a lot of sources for studying migration into and around Britain before the Norman Conquest, including manuscripts that preserve important texts such as Bede’s ‘Ecclesiastical History of the English People’.

Professor Joanna Story says, “Many other manuscripts show mobility in the other direction, with hundreds of fragments of books written by scribes trained to write in insular style surviving in Charlemagne’s Frankish empire, especially in modern day Germany, France and Italy. These reflect the travels of English and Irish clerics in the eighth century and the creation of ‘insular’ monasteries in Frankish lands.”

The Insular Manuscripts pilot project has identified 845 books or fragments of books preserved in modern libraries that were made before about AD 850 using distinctive insular scripts. These represent about 620 original ‘Insular Manuscripts’.

The next phase of Professor Story’s work will investigate the production and distribution of these manuscripts in the ‘long 8th century' and the networks of scribes, artists, scholars and patrons who lie behind them.

These books are preserved in 17 European countries as well as the USA and Russia, and this modern network of libraries provides a wonderful opportunity for investigating the networks of knowledge that connected the islands of Britain and Ireland to neighbouring European kingdoms in the age of Charlemagne.

Studying sculpture helps to uncover cultural heritage that was not recorded with pen and parchment.

Professor Story is also part of the Corpus of Anglo Saxon Stone Sculpture team which identifies, records and publishes early English sculpture made before the Norman Conquest, which is of crucial importance in helping identify settlements, religious practices and artistic achievements.

The 10th-century stone Gosforth Cross, in Cumbria, tells tales of Christianity as well as the Viking legends of Ragnarok and the Day of Judgement.

“The combination of the crucifixion of Christ and the Old Norse legend of Ragnarok might be a way of explaining to people whose traditions came from different areas about Christianity and how their own stories might be understood.

“It’s a great example of how cultures can accommodate difference through storytelling.”

The team’s newest insight into early medieval religion, art and culture in the East Midlands, includes a major find at Stowe IX Churches in Northamptonshire, where restoration work by MOLA on the 10th-century church tower has uncovered a large piece of a tall cross shaft previously hidden under the render. The carved stone links up with two other smaller pieces in the church at Stowe, preserving a substantial part of what must originally have been an impressive, decorated, free-standing cross.

“Crosses like this one were focal points in the landscape and would have stood close by or inside the church. These monuments are now scarce in the English Midlands, and the strong parallel between the motifs on the new piece with the evocative 9th-century cross at Rothley, just north of Leicester, is a significant discovery.

“These might be the work of the same team of sculptors, or evidence of a patron choosing to commission a new cross in the same style as that at Rothley. This new discovery at Stowe helps us to understand more about the role of faith and art in a period when the early English kingdoms and church were changing, under the pressure of sustained attacks by Viking armies, the ambitions of local dynasties and wider monastic reforms.”

Dr Emma Parker explores the cultural significance of literary anarchist and Leicester native Joe Orton, over a half a century since his death.