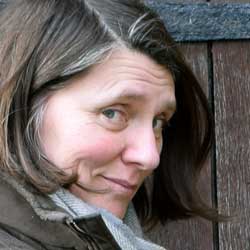 I first encountered the early middle ages as a student at Durham University where I did both my BA degree in History and Archaeology (1992) and PhD in History (1995), the latter supported by a doctoral studentship from the British Academy. I started at Leicester on a temporary lectureship in 1996, was made Senior Lecturer in 2005, and professor in 2011.

There is much less evidence for the early middle ages than for later periods of history, so I have to be a bit of an all-rounder when it comes to exploring the sources. I specialise in analysis of original manuscripts and inscriptions from the period, as well as the historical and literary texts they contain. I also study the art of the early middle ages – especially stone sculpture and illuminations in manuscripts – and the physical archaeological remains. This means I travel a lot, especially to archives and libraries in European cities, although more and more of the primary sources are now being digitised and put online so that they are available to everyone to see and study. I am especially interested in the Age of Charlemagne, and in travel, migration and mobility – of people, books and ideas – stretching across the early medieval world from Iceland to Baghdad before 1100CE.

My research falls principally within the period 600–900CE, covering the early English kingdoms, Francia, and Italy and connections between them. The material culture of the written word is central to my work using manuscript and epigraphic evidence as well as sculpture, coinage and archaeology.

My interdisciplinary approach to problems is demonstrated by my work on the Epitaph of Pope Hadrian I, on Old St Peter's, Rome and by a Research Programme funded by the Leverhulme Trust on The Impact of Diasporas in the Making of Britain: Evidence, Memories, Inventions (2011–2017), for which I was the PI. I worked closely with colleagues at the British Library on their major exhibition, Anglo-Saxon kingdoms: Art, Word, War in 2018/19, during my tenure of a British Academy Senior Research Fellowship.

My current research focuses on Insular Manuscripts AD 600–850, following an International Research Network funded by the Leverhulme Trust (2016–19) with colleagues in Ireland (NUI-G & TCD), France (BnF), Austria (ÖAW) and the UK (BL). I am also co-authoring Vol. XV of the Corpus of Anglo-Saxon Stone Sculpture on the sculpture of the East Midlands and am General Editor of the Routledge series, Studies in Early Medieval Britain and Ireland (SEMBI).

I can supervise topics on many aspects of medieval European history, including the islands of Britain and Ireland, focusing especially on the early medieval period, 400–1100 CE. Topics I supervise are often interdisciplinary, using textual, visual and material sources and diverse methodologies. Projects focusing on manuscripts, sculpture, epigraphy, as well as interdisciplinary projects with STEM or archaeology are especially welcome.

I have supervised 17 research students (7 current), 11 of whom have won UKRI studentships for their studies (AHRC or ESRC), including two AHRC Collaborative Doctoral Awards in partnership with the Medieval Manuscripts team at The British Library (Dr Emilia Henderson and Dr Rebecca Lawton).

I teach modules on medieval history for students taking single subject History or as a joint degree with another subject (especially with Ancient History, Archaeology, English, or Politics). Specialist undergraduate modules include: Anglo-Saxon England before Alfred; The Age of Bede and Alcuin (Special Subject); Race and Ethnicity; Vikings in Britain.

At MA level I teach Manuscript Studies (palaeography and codicology) and a course on England and the Continent before the Normans.

Students often choose to write a dissertation or graduate thesis on early medieval topics, and subjects in recent years have included: Dragons in the Anglo-Saxon imagination; Cultural Assimilation in Anglo-Scandinavian Britain: a study of the Gosforth Cross; Arab Encounters with Vikings; Religious Toleration in Medieval Spain between Christian, Jewish and Muslim Communities; Warfare in King Alfred’s England.

I am a Fellow of the Society of Antiquaries of London and of the Royal Historical Society.

I held a British Academy and Leverhulme Trust Senior Research Fellowship in 2018/19, and was Rawlinson Lecturer, at the International Congress of Medieval Studies at Kalamazoo, MI, in 2022. My 2012 EHR article on ‘Bede, Willibrord and the letters of Pope Honorius I on the genesis of the archbishopric of York’ won the ISAS best article prize in 2013, and my book on Carolingian Connections won the ISAS prize for best first book in 2005.