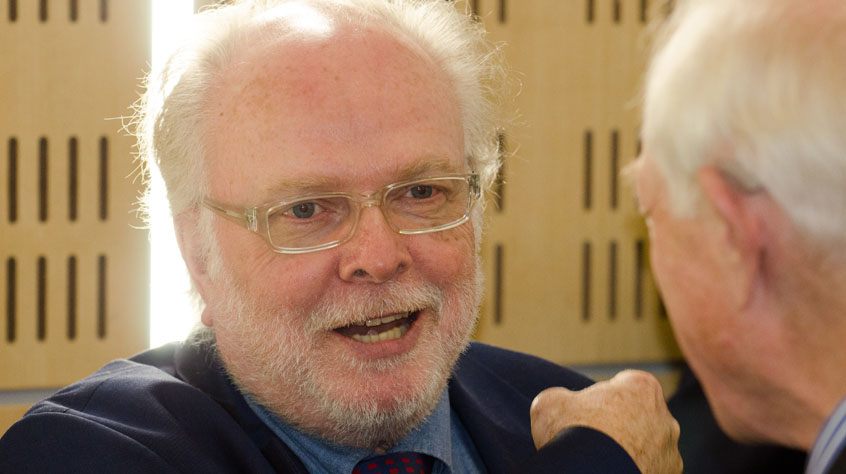 Son of Lord Richard Attenborough, Michael is the recipient of a University of Leicester Doctorate, and is now a Distinguished Honorary Fellow. Upon receiving his Fellowship Michael said:

"I am immensely honoured to receive this Distinguished Fellowship from the University that is so deeply embedded in the life of my family. The Attenborough Building and the Attenborough Arts Centre stand as visible testimony to that historic relationship and I feel incredibly proud to stand in some small way alongside my beloved grandfather, father and uncle."

His most recent formal visit to campus was on Remembrance Day 2018 when, together with Sir David Attenborough, he helped to launch the University’s centenary celebration at the dedication of Centenary Square in the centre of campus. Michael also has regular meetings with our President and Vice Chancellor, Nishan Canagarajah, and also enjoys visits to the Attenborough Arts Centre, which he is Patron of.

He was Principal Associate Director and Executive Producer of the RSC from 1990 to 2002. He continues to be an Honorary Associate Artist of the RSC.

He has directed productions such as Macbeth for the Queensland Theatre Company, As You Like It for the Shakespeare Theatre Company in Washington D.C, and a UK national tour of J.B. Priestley's Dangerous Corner in 2014.

Most recently he was appointed Director Emeritus of the Royal Academy of Dramatic Art (RADA).

Watch the videos
Back to top