The cotton bobbin: symbolic of a lost heritage? 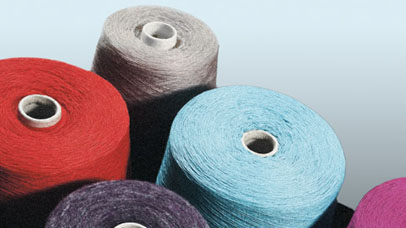 The cotton bobbin – a spool of thread to be found in every household sewing kit. This humble object was once a symbol of the dominance of British manufacturing – the source of sustenance and pride for a generation of workers. Dr John Goodwin of Leicester’s School of Management reveals how the loss of this key industry from the Midlands has emptied factories and wasted skills.

The cotton bobbin is symbolic in Britain’s Industrial Revolution; from the early factories of Richard Arkwright in the late 1700s, to the ‘dark satanic mills’ described vividly by Friedrich Engels. It also symbolises something more local, representing the Leicester labour market, which has been synonymous with three manufacturing groups; engineering, textiles and footwear. At their peak in the 1960s, these groups employed over 140’000 people.

The concept of a ‘golden age’ is used as a shorthand term to describe the post-war period (between the 1950s and the late 1960s) which has been characterised by many authors as a time of mass employment and straightforward school to work transitions. Certainly in Leicester, the 1960s was a period of excellent employment prospects for young unqualified workers with a wealth of low-skilled jobs available and a low rate of unemployment.

Companies such as Corah, one of the largest factories in Leicester in its day, employed thousands of people and supplied a large proportion, if not all, of the textiles and hosiery for retailers such as Marks and Spencer. However, in a drive to obtain cheaper goods, retailers shipped their production and purchasing overseas from the late 1970s onwards. The impact of such globalisation meant a total collapse of the local labour market and the three main industries. Manufacturing, especially hosiery and boot and shoe manufacture, have been simply (and almost totally) eradicated from the British economy in a similar way to coal and steel. The building which housed the Corah factory still exists and parts of the building are now being used by small companies who rent work units in the space.

The Corah plant, like the vast majority of Leicester’s traditional factories, closed down fully in the 1990s. Now, boxes of cotton bobbins lie in derelict factories, forgotten and unwanted; reflective of the loss of a significant manufacturing industry in the region and the UK, the loss of skilled workers and the waste of skills, and the total collapse of a once prosperous labour market.

What often gets missed in discussions such as these is the impact that such a decline has in the lived realities of those who once worked for these companies. They entered a labour market fresh from school with expectations of a job for life and would never have predicted that some forty-five years later very little of these industries would remain. Their now chequered job histories are a direct impact of the end of the manufacturing industry. Some of these workers still cling to their identities as highly skilled workers, although they have been in other jobs for years, by keeping hold of the machinery that once lay in the factories in which they worked.

Thus, the cotton bobbin has now come to represent the radically changed lives of those who once worked in these huge companies and who have found it difficult to find secure work since, and the denial of meaningful and productive labour/employment for future generations of Leicester citizens. Ultimately, the cotton bobbin is now a symbol of deindustrialisation and globalisation.

Find out more at madeinleicester.com which was created with the intention of giving you an insight into the work we do, to show you illustrations and photographs from the past and present that give an exclusive view of issues around youth, work and communities.