The baseball cap: a symbol of pathological consumption?

The baseball cap worn back to front is standard issue for that figurehead of the social underclass – the Chav. Professor Jo Brewis examines the way British gay culture commodifies and celebrates such stereotypes and unpicks what it reveals about our world. 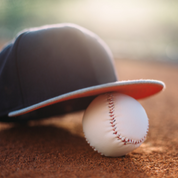 Who exactly wears a baseball cap? They are often seen on the heads of famous sportsmen and women, sometimes back to front. Perhaps you wear one yourself? But, if so, would you describe yourself as a ‘chav’, a term that entered the British popular imagination in the early 2000s?

Chavs are identified as unemployed white youths who are sexually promiscuous and overly fond of alcohol, drugs, cigarettes, junk food and violence. Famously they have a predilection for baseball caps, tracksuits and trainers, brands like Burberry and Nike, gaudy gold and diamond jewellery, tanning products and the latest mobile phone. Characterised as wasteful, excessive and lacking taste, chavs also have their own language, including US imports such as ‘bling’ or ‘diss’, text message abbreviations like ‘l8r’ and a liberal sprinkling of expletives. ‘Chav’ is therefore a pejorative: it is a label that we might apply to others, but never to ourselves.

So it might be surprising that ‘chavinism’ - a term coined by Andrew Fraser of Attitude magazine – is prevalent on the British gay scene, encompassing telephone lines and films featuring male chavs having sex, and chav club nights. Gay men are typically understood, in academic commentary and popular culture, to be middle class, sophisticated and discerning: a far cry from a social group viewed as feckless, aimless and hopeless.

Social science unpicks stereotypes like these to trace how chavinism might denote a more inclusive gay scene, for example research which suggests working-class lesbian women feel unwelcome in expensive bars and clubs operating certain dress codes. It also questions whether chavinism subverts the debased cultural category of the chav. On the other hand, might positioning chavs as sexually desirable, and worth spending money on, reproduce the image of male desire as irrepressible and unselective in its targets? And, if ironic distance is central to the consumption of all things chav, chavinism may only be a short-lived walk on the wild side anyway; no more than the latest form of ‘rough trade’ for gay men returning to middle-class havens after a night out clubbing. Perhaps, for chavinism to be enjoyable, it ‘rubbishes’ gay chavs in ways that do further violence to their identity?

What these questions underline is that cultural stereotypes such as the chav, or the affluent, savvy gay man, remain social constructions – not descriptions of real people. Current research demonstrates that these stereotypes influence how we relate to each other, and that symbols like the baseball cap have powerful - and complex - real world effects as a result.