An overview of the Grey Friars project

The discovery of King Richard III in 2012 was a defining moment in the story of Leicester. The search for his mortal remains under a car park made history – and captured headlines around the world.

Load the video related to: Pre-dig interview with Richard Buckley

In the final battle of the Wars of the Roses at Bosworth Field in Leicestershire on August 22 1485, the Yorkist King Richard III led a fateful cavalry charge and was killed, thereby making Henry Tudor, his adversary, king of England. Richard’s body was buried with little ceremony in the church of the Franciscan friars (the Grey Friars) in Leicester. Fifty-three years later, the friary was dissolved, the church was demolished, and the site eventually passed into private ownership. With the grave lost, rumours began to circulate that Richard’s skeleton had been dug up and thrown into the River Soar, a belief commonly held by many until the discovery of his remains in 2012. A number of notable historians, however, thought this highly unlikely and one, University of Leicester tutor David Baldwin, predicted in 1986 that the king’s remains might yet be found on the Grey Friars site by archaeologists in the 21st century (PDF, 233kb).

In January 2011, University of Leicester Archaeological Services (ULAS) was approached by Philippa Langley, a screenwriter and member of the Richard III Society, with the idea of searching for the burial place of Richard III.

This presented a number of problems. Today, most of the precinct of the Franciscan friary is built over, leaving just three areas potentially accessible for investigation: two operational car parks and a former school playground, all of which were likely to be riddled with live services. Even if access was granted, what were the chances of finding the friary church, let alone the burial? Pretty slim. However, the prospect of learning something about this important medieval religious house, a friary for which little historical documentation survives and which has never been archaeologically investigated before, was an exciting one, and ULAS agreed to come up with a strategy. 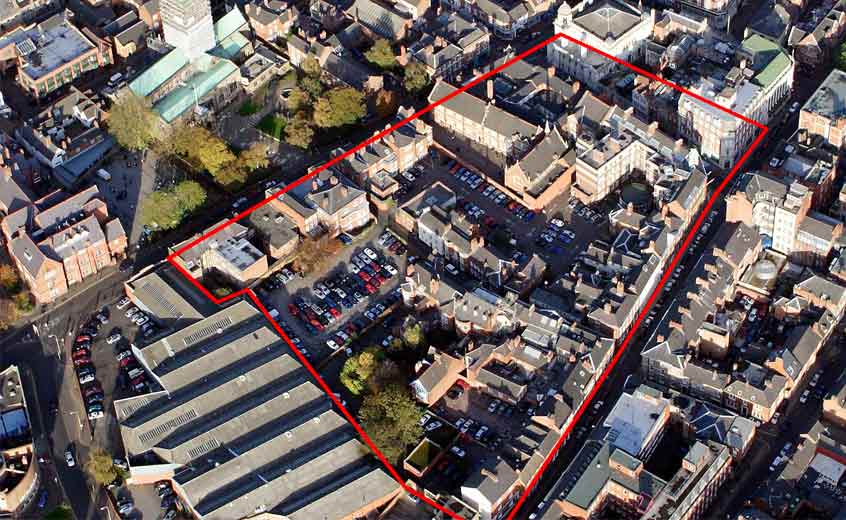 Aerial view of the Greyfriars site (outlined red), looking north-west. The church top left is Leicester Cathedral. The car park where Richard III’s remains were found is to the right of the cathedral.

Remarkably, Philippa had captured the imagination of influential people at Leicester City Council and seemed determined to make the project happen – she subsequently commissioned background archaeological research from ULAS in March 2011 and a ground penetrating radar survey of the site in August 2011. She persuaded Leicester City Council and Leicester Shire Promotions to contribute funds for the fieldwork. The University of Leicester itself then made a very significant financial contribution to the project, working in partnership with Philippa. Richard Buckley, then co-director of ULAS and Grey Friars project manager, proposed the investigation of two trenches in the Social Services car park, with a third to be located when the results of the first two were known. When, in the summer of 2012, it looked as though the project was dead in the water due to lack of funds, Philippa launched an appeal within the Richard III Society, making up the shortfall within a matter of days. The excavation was on!

The project was launched with a press day on August 24 2012, followed the next day by cutting the tarmac and the machining of the first trench by Mathew Morris, Grey Friars site director, down to the level of the archaeology. What happened next took the whole team by surprise – not only was evidence for a human burial revealed in the first few hours of the dig, but the archaeological evidence that emerged during the next ten days showed that it was located within the choir of the Grey Friars church. 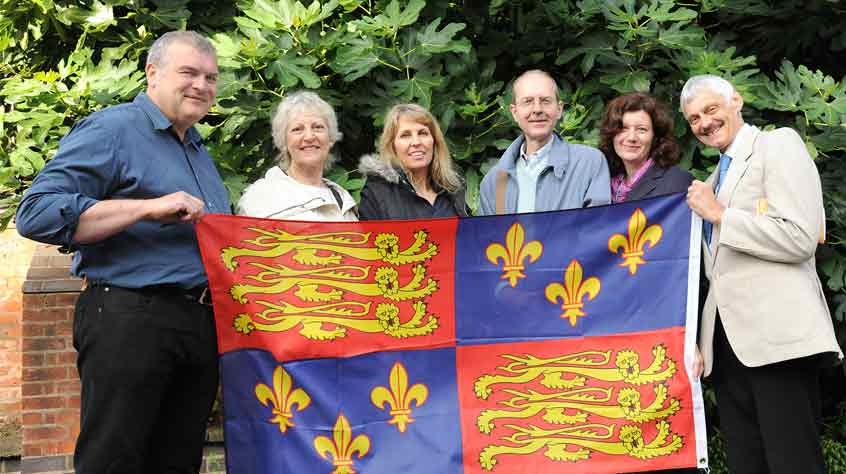 The burial was excavated on Wednesday 5 September and had a number of characteristics that led the University of Leicester to announce to the world on 12 September 2012 that the skeleton of a male with curvature of the spine and evidence for battle wounds had been discovered and therefore had the potential to be Richard III. In the months that followed, the skeleton was subject to painstaking scientific analysis, including radiocarbon dating, investigation of the diet, health, stature and manner of death from detailed examination of the bones and finally analysis of the ancient DNA.

This led to the momentous announcement by the University of Leicester on 4 February 2013, to a room packed with press representative from all over the world, that ‘beyond reasonable doubt, the individual exhumed at Grey Friars in September 2012 is indeed Richard III, the last Plantagenet king of England.’

See more about the discovery and identification of the remains

More about the excavation to find the remains of Richard III - from pinpointing potential locations and the digging of the trenches, to locating the remains and preserving the grave.