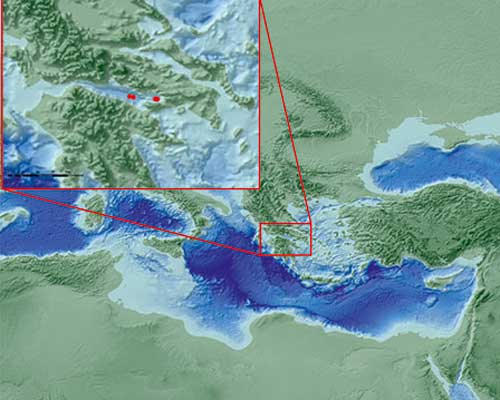 In late 2017 EPC was involved in the offshore phase of IODP Expedition 381: Corinth Active Rift Development, with further activities onshore at the Bremen Core Repository, Germany, in early 2018. This IODP expedition aimed to help constrain continental rift systems and their development, both spatially and temporally by drilling three boreholes through the Corinth rift system. Throughout this project EPC provided offshore and onshore core physical properties services; as well as technical support for downhole logging operations.

The Corinth rift is only 5 million years old and one of the fastest opening rifts globally, widening at its fastest point by 15 mm/yr and averaging 11 mm/yr across its length. This high activity generates intense seismicity, producing a dense seismic database to inform drilling and fault placement in a structurally challenging setting.

Throughout the months of October, November and December 2017 the expedition drilled and cored the 3 proposed sites in the Gulf of Corinth, Greece, and successfully recovered 1,645 m of high quality sediment core (86% recovery). These cores will be instrumental in to answering scientific questions around the: 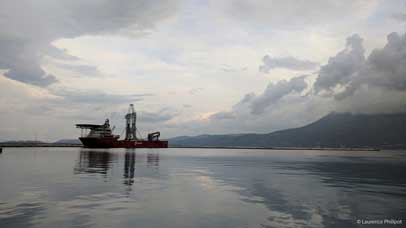 Following the offshore phase, EPC aided in the planning and day-to-day operations of the various onshore phases. Namely, the Pre-OSP phase for the procurement of a thermal conductivity dataset; and the Onshore Science Party (OSP) where the cores were split and further physical properties measurements gathered.

Find more information on the expedition, its scientific aims and participants from ECORD.