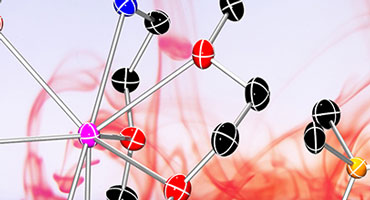 The f-block metals (Lanthanides and Actinides) are a special family of elements positioned at the bottom of the Periodic Table. Actinides are well-known for their military applications and use within the energy industry; as a consequence, their chemistry has been heavily investigated since the Manhattan Project in the 1940s. Lanthanide chemistry has been often developed in parallel to that of the Actinides, owing to their ability to act as surrogates for their more hazardous and radioactive congeners. Nevertheless, Lanthanides have remarkable properties of their own, which has led to a variety of applications in laser technology, biomedicine, synthesis and materials science.

The discovery of new fundamental principles is a key step towards the development of new methodologies and improvement of current technologies. Despite the multitude of applications, fundamental knowledge of Lanthanide and Rare Earth organometallic chemistry still lags behind that Main Group and Transition Metals. Here at Leicester we are interested in studying new and unusual coordination motifs for the Lanthanide and Rare Metals, with the aim to unlock reactivity profiles that could be applied to sustainable synthesis and catalysis.

Current specific research interests within this topic are: