Analysis of the bones has identified the skeleton as an adult male aged between his late 20s and late 30s; whilst forensic analysis of the bone joints, using standard post-mortem methods, provides a narrower estimate of 30-34 years of age. Richard III was 32 when he died.

The complete skeleton, showing the curve of the spine.

Overall, the skeleton is quite slender for a man but there is no skeletal evidence for the limp or withered arm favoured by authors such as Sir Thomas More or William Shakespeare. He did, however, suffer from severe scoliosis (curvature of the spine). This would have probably lifted his right shoulder higher than his left.

From the length of the intact right thigh bone (femur) it can be calculated that he would have stood about 5ft 8in (1.74m) tall, slightly above average for men during the medieval period. However, the curve of his spine would have reduced his height significantly, making him appear much shorter. 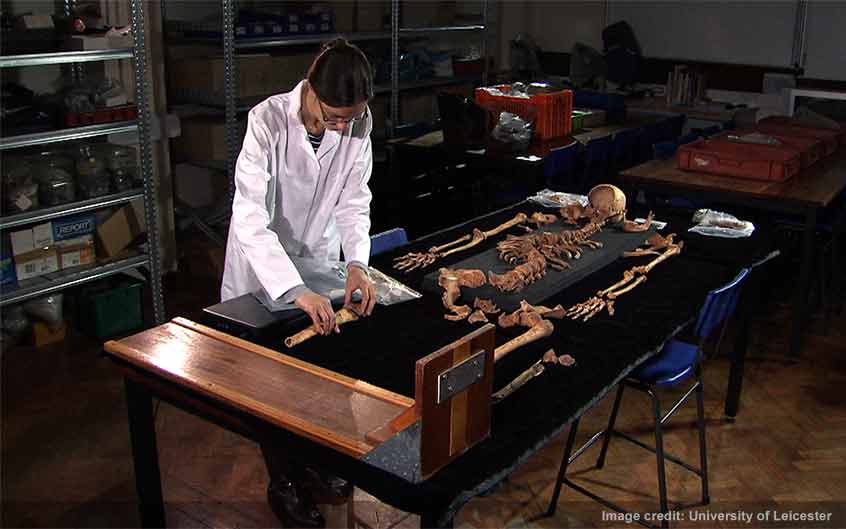 Osteologist Jo Appleby lays out the remains of Richard III for analysis.

Several teeth were lost before death; the rest were slightly worn, with some calculus (calcified plaque) and a few cavities. 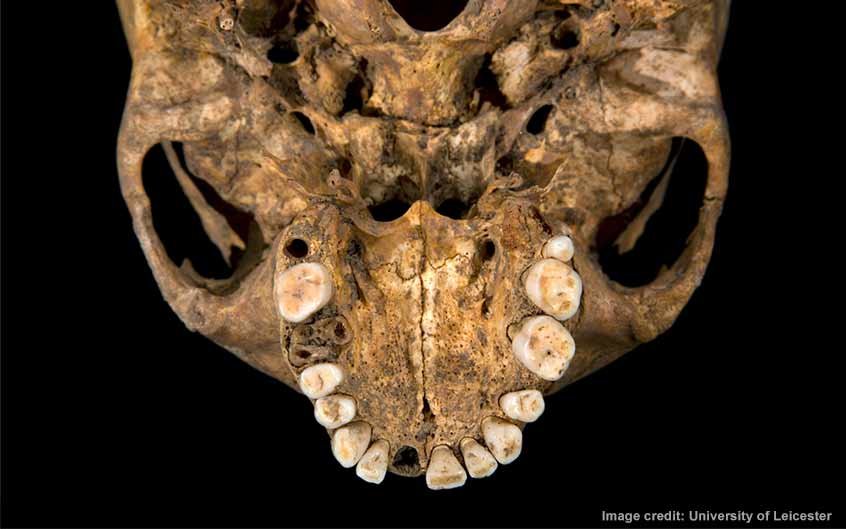 "The upper jaw of the skeleton. Some teeth were lost before death, whilst others were lost in the ground. The third molars are unusually small.

Overall, the skeleton’s physical attributes match the little we know about Richard III’s age and appearance.

How Richard III was described by his contemporaries:

"‘…he [Richard] was small of stature, with a short face and unequal shoulders, the right higher and the left lower.’"

"‘King Richard is…a high-born prince, three fingers taller than I, but a but slimmer and not as thickset as I am, and much more lightly built; he has quite slender arms and thighs, and also a great heart.’"

See more about reading the bones and the forensic analysis

How we used an advanced technique for the first time to analyse the bones.