DNA analysis was another strand of evidence which could be drawn upon to confirm the identity of the Skeleton 1 from the Greyfriars site as being those of King Richard III. But analysis of the DNA from the remains would be meaningless without a known relative to compare the DNA to. Richard III left no living descendants and so genealogical detective work was required to find suitable relatives to use for the genetic identification of the remains.

When the search for Richard III was announced, the University of Leicester received numerous enquiries from people claiming to be related to the late monarch. This is only to be expected: given the number of generations and the large families common in previous centuries, Richard’s mother Cecily Neville could (mathematically) have several million direct descendants today! As Professor Turi King from the University’s Department of Genetics succinctly points out: “We are all related to Richard III. It’s just a matter of degree.” 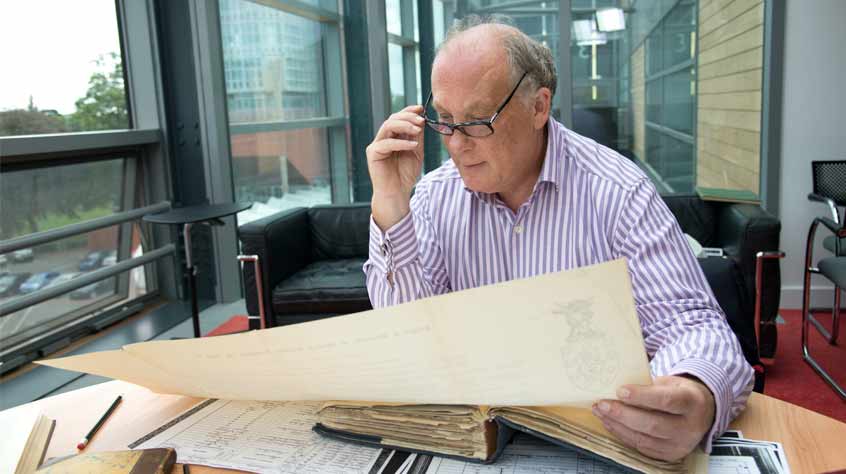 In order to carry out the DNA comparison using mitochondrial DNA, which is inherited through the female line, a relative was needed whose relationship to Richard III was by an entirely female line. While any such relative would not carry Richard’s DNA, as only Richard could carry his own DNA, they could act as a comparator for DNA analysis. Fortunately, just such an individual had already been traced. In 2003, as part of a project to identify the possible remains of Margaret of York (sister of Richard III and Edward IV), John Ashdown-Hill, building on previous work, traced an all-female line of descent from another sister, Anne of York, Richard’s sister, to a retired journalist in Canada, Mrs Joy Ibsen (née Brown). Mrs Ibsen passed away in 2008 but she would have passed down her mitochondrial DNA to all of her children: Michael, Jeff and Leslie. Michael Ibsen, now living in London, very kindly provided a DNA sample to use for comparison with any mitochondrial DNA retrieved from Skeleton 1 from the Greyfriars project. See DNA analysis for more information.

Professor Kevin Schürer and his team also set out to identify a second all-female line of descent from Cecily Neville to a living person, again with solid documentary evidence for every step of the way. Wendy Duldig, who had no idea of her link to Richard III, also kindly provided a DNA sample for analysis by Professor Turi King. Crucially, Wendy’s DNA also showed a match to Michael Ibsen confirming that they share a common female ancestor many generations back and therefore the genealogy connecting both people to Cecily Neville (and hence Richard III) is accurate. 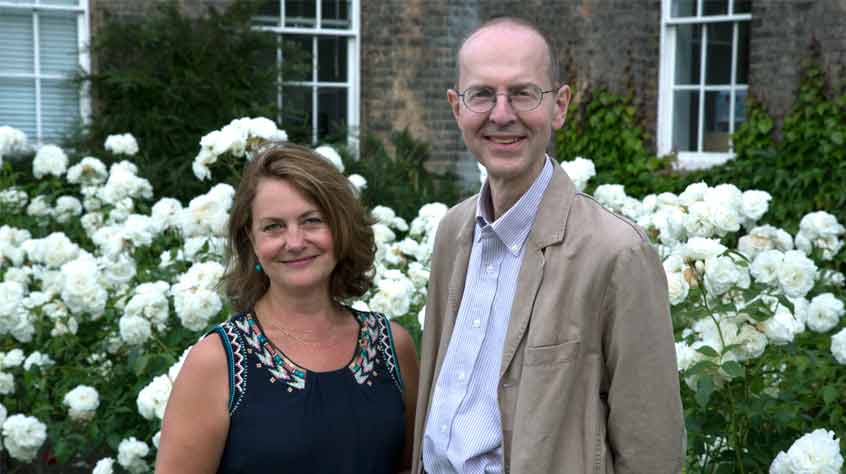 Professor Turi King, who had been working and publishing for over 15 years on the Y chromosome, a segment of DNA which is inherited through the male line, was also interested in male-line relatives of Richard III. Men alive today who are related to Richard III through the male-line could be expected to carry an identical, or near-identical, Y chromosome type to him. As Richard III left no living descendants, Professor Schürer’s genealogical research to find male line relatives led him up to Edward III, Richard III’s great, great grandfather and from there Professor Schürer traced a number of male descendants. These individuals, who have asked to not be publicly identified, are descendants of Henry Somerset, 5th Duke of Beaufort (1744-1803) who was 15 generations removed from Edward III by an all-male line. Richard III and Edward IV were four generations removed from Edward III by a different all-male line so the Y-chromosome should be consistent.

Male descent is often easier to trace in historical archives where the exploits of men are generally better documented than those of their wives and daughters, but suffers from one obvious potential pitfall. We can nearly always be sure who someone’s mother was, but the identity of their ‘father’ and their biological father do not always match, as Y-chromosome analysis can reveal. Professor King and others’ previous research showed that the rate of false-paternity historically is about 1-2% per generation.

See the DNA analysis and results

Professor Turi King collected DNA samples from the living female-line and male-line relatives of Richard III and carried out the DNA analysis on those samples at the University of Leicester.

The results of the DNA analysis showed us the hair and eye colour of Richard III.